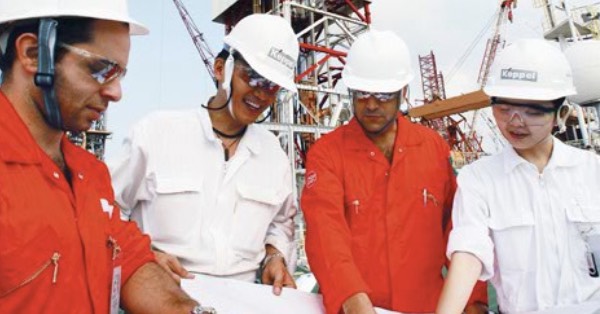 Keppel Corporation Limited (Keppel) announced today that it has signed revised agreements with Sembcorp Marine on the proposed combination of Keppel O&M and Sembcorp Marine, changing certain commercial terms and the transaction structure, which would simplify implementation, provide greater deal certainty and accelerate the completion of the transaction.

Keppel also announced that it has signed revised agreements with Baluran Limited (Baluran), an indirect wholly-owned subsidiary of ASM Connaught House Fund V, and Kyanite Investment Holdings Pte. Ltd. (Kyanite), an indirect wholly-owned subsidiary of Temasek, such that the proposed combination and Asset Co transactions will be delinked, and the Asset Co transaction will proceed regardless of the outcome of the proposed combination of Keppel O&M and Sembcorp Marine.

Changes to the Proposed Combination

The commercial terms of the proposed combination have been revised as follows:

Both Keppel and Sembcorp Marine are targeting to complete the proposed combination by the end of 2022, subject to, among others, receipt of the relevant regulatory approvals. Keppel intends to seek its shareholders’ approval in early-December 2022.

Changes to the Asset Co Transaction

As agreed among Keppel Corporation, Baluran and Kyanite, the Asset Co transaction will proceed irrespective of the outcome of the proposed combination of Keppel O&M and Sembcorp Marine. In addition, reflecting the higher interest rate environment, the parties have agreed that the coupon for the S$3.9 billion in vendor notes to be received by Keppel will be raised from 2% to 4%, translating into about S$79 million of additional interest earned per annum, or about S$236 million to S$393 million over 3 to 5 years.

Explaining the rationale for the revised agreements, Mr Loh Chin Hua, CEO of Keppel Corporation, said, “With recent improvements in the offshore & marine market, the case for the proposed combination of Keppel O&M and Sembcorp Marine to create a stronger and larger player has been further strengthened. The revised terms will enhance deal certainty and expedite the completion of the proposed combination, allowing Keppel to further accelerate the execution of our Vision 2030 strategy to be one integrated business, providing solutions for sustainable urbanisation. It will also allow the proposed combination to be completed more quickly, and for the Combined Entity to realise synergies from the combination.

“While the exchange ratio for Keppel has been lowered slightly, this is still a very positive outcome for Keppel and its shareholders. In addition, Keppel secured improved terms in the Asset Co transaction, especially the delinking of the Asset Co transaction from the proposed combination, which allows Keppel to press forward with our plans to resolve the legacy rigs and associated receivables, regardless of the proposed combination. We also secured a higher coupon rate for the vendor notes, which will yield additional interest earned for the Group.

Progress on the Proposed Combination

Keppel O&M continues to build on its strength, having secured new orders of approximately S$8 billion this year and its net order book of S$11.6 billion as at end September is at its highest level since 2007. The projects are expected to yield reasonable gross margins, and Keppel O&M has and will receive significant deposits for the newbuild FPSO P-80 and P-83 projects. Consequently, the net gearing of the restructured Keppel O&M, to be acquired by Sembcorp Marine, is expected to be significantly lower as at the end of 2022, compared to the proforma net gearing of 0.63x as at 31 December 2021. Following the proposed combination, the Combined Entity would have a total net orderbook of more than S$18 billion and it would be well-placed to compete and pursue new opportunities in offshore renewables, new energy and cleaner solutions in the global O&M business.

The proposed transactions, if successful, are expected to be earnings accretive to Keppel Corporation for the financial year ended 31 December 2021 on a pro forma basis.

Including the disposal gain (but excluding costs related to the disposal) from the proposed transactions, the earnings per share would have increased to approximately 265.0 cents;

b) had the proposed transactions and proposed distribution been completed on 31 December 2021, the net tangible assets per share as at 31 December 2021 would have decreased from S$5.53 to approximately S$5.29;

c) had the proposed transactions and proposed distribution been completed on 31 December 2021, the net gearing as at 31 December 2021 would have decreased from 0.68x to approximately 0.65x.