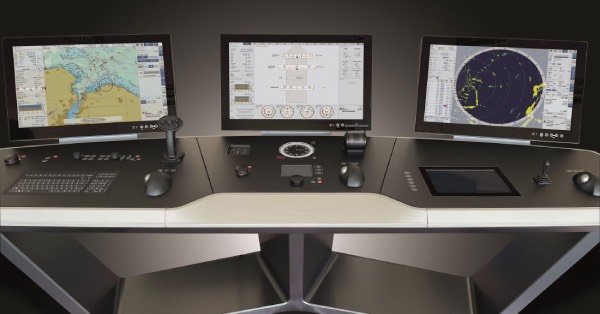 Sea mines are among the most lethal threats to shipping and naval operations. They are easy and silent to lay, almost invisible and can make seaways, ports or entire coastal areas impassable for merchant shipping or naval forces. Mine countermeasures are critical for safe seafaring – and new technologies with a higher degree of automation and better imaging make mine countermeasures more efficient, precise and safer.

Raytheon Anschütz, a business of Raytheon Technologies, has innovated a new software module for mine countermeasures  for its SYNTACS command and control system. The module supports the definition of search areas and search routes based on pre-defined patterns, and includes features such as underwater tracking, classification and avoidance of mine-like objects.

“SYNTACS provides the capabilities required to plan, execute, coordinate and monitor mine countermeasure missions,” said Dr. Thomas Lehmann, head of Integrated Mission Solutions for Raytheon Anschütz. The MCM officer uses SYNTACS’s tactical chart display to plan search areas and routes automatically or manually, and then to assign the MCM task to the desired search asset, including autonomous underwater vehicles (AUV) or unmanned surface vehicles (USV). The search progress can be monitored on the display by showing the past track, detection range and objects.

SYNTACS uses high-performance sonar systems that deliver pre-processed images from which suspicious objects are evaluated, classified and handled via integrated detected objects management. The objects are pinpointed with the highest precision on the tactical chart display in real time, and can then be shared for identification, situation assessment or warning with any workplace, and between connected vessels or land stations.

“SYNTACS provides high precision and efficiency in the detection, classification and distribution of the common operational picture,” said Lehmann. “This not only means more safety for operators, navies and shipping, but also a simplification and streamlining of processes on board.” SYNTACS can be used as a stand-alone capability but is also available in a fully integrated package with Raytheon Anschütz’s warship electronic chart display and information system (WECDIS), naval radars and other bridge navigation systems. In this case, the crew operates navigation and mission planning from a single, harmonized system, reducing training requirements.

Integrating the MCM module in SYNTACS adds the following features and functions: