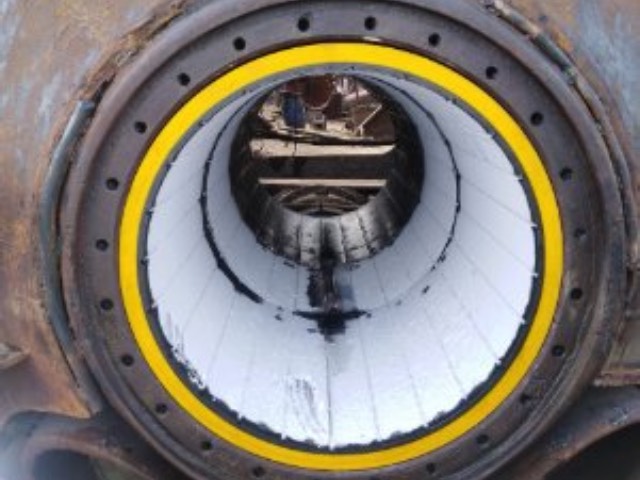 The Suez Canal Authority (SCA) has replaced the rubber cutterhead bearings on the 102m (335ft) dredger Mahmoud Younis with a water-lubricated Composite bearing from Thordon Bearings.

The retrofit, which took place at the Port Said Shipyard’s floating drydock, follows the success of a similar installation aboard CSD Mashhour, the largest dredger in the SCA fleet. Its rubber cutterhead bearings were replaced last year, providing the first Thordon installation with the Authority.

Mahmoud Younis, named after the SCA’s former Chairman, and capable of dredging down to depths of 25.3m (83ft), was fitted with a 600mm (23.6in) outside diameter Thordon Composite bearing in August.

The bearing was machined and finished by Alexandria-based Nefertiti Marine, Thordon Bearings’ authorized distributor in Egypt, prior to being freeze-fitted to the vessel’s cutterhead during a scheduled drydocking.

Karim Abd El Karim, Engineering Manager, Nefertiti Marine, said: “We are delighted these first projects with the SCA, a new customer for Thordon Bearings, have been a success. The performance of the Composite installations aboard Mashhour and the Bucket Wheel Excavator Cutter Suction Dredger Barakat led to this new order.”

Khaled Youssef, Fleet Manager, Suez Canal Authority, said: “Mashhour has been operating flawlessly for 12 months with the Thordon Composite bearing. In that short period of time we have experienced reduced vessel operating costs and less downtime compared to the previous installation. The Composite bearing is more environmentally friendly since it does not require any lubricating grease.”

Nefertiti Marine and Thordon are now working with the SCA to replace propeller and rudder bearings on other vessels in the organisation’s fleet with Thordon’s long-wearing water lubricated elastomeric polymer technology.

SCA vessels are also deployed to work on external dredging projects at ports around Egypt and the Middle East.

George Morrison, Thordon’s Regional Manager – EMEA & ANZ, said: “That the Suez Canal Authority has returned to Thordon so soon after its first ever application is a clear sign that the Composite bearing is the best solution for dredging applications.

“Thordon has been supplying Composite bearings to the dredging sector for 35-years. This is due to the enviable wear rates of the bearing’s black homogeneous material, GM2401, which is fused to a stiff, high strength (yellow) polymer sleeve to provide unprecedented performance and environmental safety.” 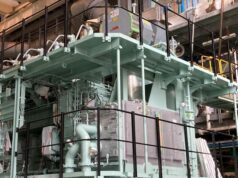 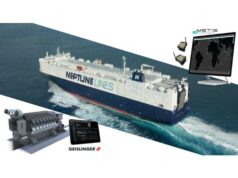 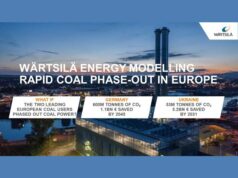