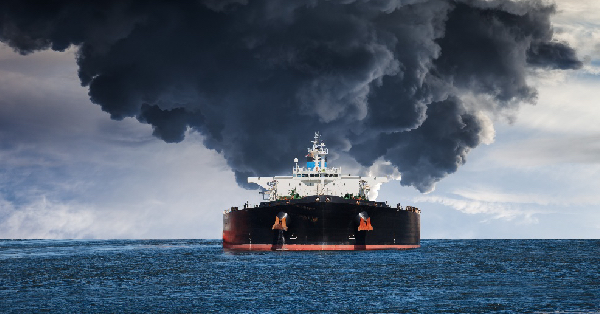 The move comes as a result of reinsurers exiting the region in the face of heavy financial losses. However, Dryad Global believe that other war risk insurers will still be available to provide cover.

At least 12 of the 13 Protection and Indemnity (P&I) clubs – which cover 90% of the world’s ocean-going ships, including those from the UK and the US – said they would no longer be able to provide coverage to clients because reinsurers were exiting the region as a result of financial losses.

Most ships buy P&I cover from the 13 clubs, which are mutuals owned by the shipping companies whose fleets they cover, to protect against risks such as collisions, property damage, pollution, environmental damage and removal of wrecks.

The cancellations, first reported by Reuters, mean it could be harder for ship owners or charterers to secure insurance in the new year, resulting in higher prices and some shipping firms either deciding to avoid the region or to sail without coverage.

It is the first time reinsurers have had an opportunity to cancel coverage for clients since Russia invaded Ukraine in February, given that most contracts run on a 12-month basis and renew on 1 January.

The UK club notice explained there would no longer be coverage for loss or damage arising from the war in Ukraine, or in any territory where Russian forces are engaged in conflict across Russia, Belarus, Ukraine and the Republic of Moldova. That includes any seizures, arrest or restrained movement of ships and cargo in those regions.

In a notice to its members last week UK P&I club said: “Due to the impact of losses from the Russian/Ukrainian situation affecting the availability of global insurance and reinsurance capacity, the club’s reinsurers are no longer able to secure reinsurance for war risk exposure to Russian, Ukrainian or Belarus territorial risks.”

Some of the biggest providers of reinsurance include Hannover Re, Munich Re and Swiss Re, all of which declined to comment. Lloyd’s of London, whose members also provide reinsurance contracts, also declined a request for comment.

Lloyd’s of London said in September that it was bracing for a £1.1bn hit this year, partly linked to Russia’s invasion of Ukraine, where some of its members had been insuring ships transporting grain from Ukraine’s ports under a deal brokered by the UN in July.

The war in Ukraine is expected to cost the global insurance industry anywhere from £10bn to £12bn overall, according to recent industry estimates.

The cancelled insurance contracts have since prompted government intervention, with Reuters reporting that authorities in Tokyo had asked insurers to take on additional risks to ensure liquified natural gas (LNG) could be shipped across Russian waters.

The request reportedly includes gas from the Sakhalin-2 project, which is based on an island off the east coast of Russia, near Japan. The project is part-owned by Russia’s state-owned Gazprom and Japanese trading houses. The project accounts for 9% of Japan’s LNG imports.