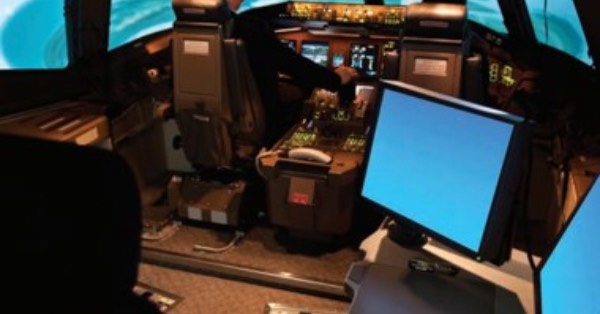 Like every industry, the maritime industry is experiencing a digital transformation, with an increase in automation and digital technologies. The Nautical Institute recognises this and is committed to providing a mechanism for members to learn more about a wide range of evolving technologies in the navigation space.

This should include how these technologies work, their benefits and limitations and how to address the human-machine interface and human factors issues.

In July 2021 The Nautical Institute launched the Automation Technical Advisory Group, otherwise known as ATAG. We brought together an eclectic group of incredible mariners, most of whom are at the forefront of technology working for companies leading the way with autonomous shipping. Until recently, the dialogue around automation and autonomy has been dominated by non-mariners, alienating the knowledgeable and experienced mariners who know and understand the unforgiving and harsh nature of shipping in the high seas. We are committed to representing the interests of Nautical Institute members as we embark on this evolution of technology in the maritime industry.

I was recently onboard a ship in my capacity as a Pilot, talking to a newly qualified Korean junior officer. I asked her what her plans for her future career were; did she want to become a Captain? She replied that she didn’t know whether Captains would still be needed in the future and was uncertain what her career would involve.

Some of her concern is understandable, given developments like the recent arrival 180,000 cu.m LNG carrier Prism Courage at the Boryeong LNG Terminal in South Korea after a world-first 33 day voyage from the Freeport LNG terminal, Texas using autonomous navigation. The ship was ‘manned’ – but automated systems performed essential navigation and collision avoidance manoeuvres.

Despite this concern, the overwhelming verdict of the recent ATAG roundtable discussion was that: ‘Automation is coming but it won’t replace seafarers’. Our junior officer might need to learn new skills as her career develops, but she will still have a role.

In fact, automation has been coming for a very long time. The first developments can be traced back to 1920, when the first autopilot was introduced onboard ships. Autopilots have advanced significantly since then, evolving into track pilots which can follow ECDIS routes and even Dynamic Positioning systems which can manoeuvre ships in close proximity to offshore infrastructure under the careful oversight of highly qualified Nautical Institute certified Dynamic Positioning Officers. Elsewhere on board, the unmanned machinery space would horrify engineers of yesteryear. Will unmanned bridge status be the next step? In 50 years’ time, will we look back at pilots climbing pilot ladders as some archaic unsafe practice of days gone by?

Automation is all around us. We have autonomous container terminals, autonomous trains, and now smaller unmanned surface vessels. We see videos and photos of fully autonomous ships. And yet, the whole thing is confusing. For most ships the equipment is rudimentary or prehistoric in comparison, and that’s even the case for many new ships being launched.

To help us understand these developments, I think we need to make some comparisons to the car industry and see what’s happened there. The massive investment in research and development for driverless cars has not yet led to successful widespread deployment of driverless cars. But what it has done is provided a trickle-down effect of technology with all the driver-assistance tools such as adaptive cruise control, lane control and automatic braking or parking, with the driver still firmly in their seat.

What has automation ever done for us?

While the adoption of new technology can lead to improved efficiency, increased safety and bring additional value to a supply chain, it will only be successful if machines and people work together harmoniously. There must be a need for any change to happen, a quantifiable benefit. We cannot introduce automation for automation’s sake. So what is driving automation?

Ultimately, automation is expensive, certainly more expensive than crew at this point in time. We know that the reliability and redundancy in larger ships for autonomy is expensive and that there are significant technology barriers, but does offer a potential to improve safety and efficiency when implemented properly – and the costs will eventually come down.

In ports, automation has allowed us to expand beyond bridge resource management into port resource management, linking everyone including VTS, Tug Masters and even linesmen. We are seeing far greater integration between ship and shore than ever before.

At sea, technology should evolve which significantly reduces the number of alarms that can distract the OOW – yet provide them with the assurance that the systems will provide an environment for the ship to navigate safely from port to port. Humanised automation must be at the centre of our discussions.

What does this mean for the seafarer?

You as the seafarer need to be upskilling. You need to be developing your digital skills and a greater understanding of how the technology already on your ship works. New competencies in areas such as cyber security, digital communication, redundancy and reliability will become a part of future training programmes.

When we talk about automation, mariners will often say ‘What about this problem or that problem?’ These are all good questions – and while many of them have already been raised and answers developed, we need to keep asking those difficult questions, and new ones that will emerge as the technology develops. We need to reinforce why the mariner is an important part of automated shipping.

The Nautical Institute is representing you at the International Maritime Organisation, with shipping companies, policy makers, manufacturers, working groups, committees and industry conferences to ensure your interests are maintained. ATAG will continue to provide articles, webinars and conference talks to provide insight and guidance on technological development from a mariner’s perspective.