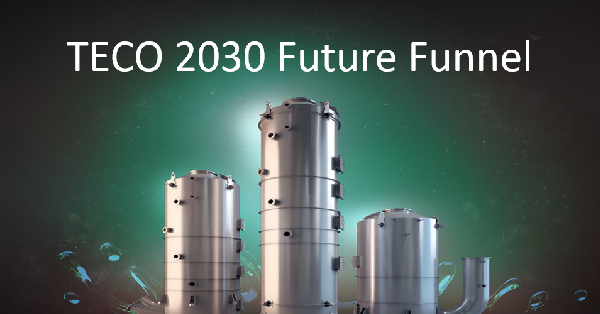 TECO 2030 has received a purchase order for a future funnel from an undisclosed large European shipowner. The contract value is approx. NOK 5.5 million with an estimated delivery at the end of Q1, beginning of Q2 2023.

The project will be handled by TECO 2030’s team at Lysaker, and engineering service company BLOM Maritime, a TECO Maritime Group company. The future funnel is a TECO 2030 Model 8 and is one of the towers TECO 2030 already has in stock.

“It is with great pleasure; I can announce the first future funnel contract for TECO 2030. This is a proud moment for the team, as I know how dedicated they have been to get this first purchase order. I am confident that this will spark the second wave for scrubbers as the fuel price gap is stabilizing again after almost 3 years with a global pandemic and 3 years since the introduction of the global sulphur cap implemented by the IMO,” says an enthusiastic Tore Enger, Group CEO, TECO 2030.