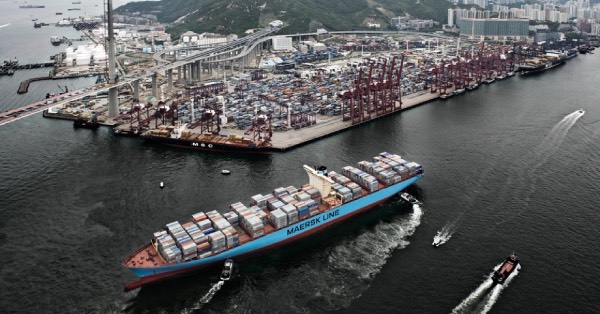 After countless meetings, discussions, and papers about shipping’s inclusion in the EU’s CO2 emissions trading system a preliminary agreement was reached Wednesday night.

Representatives from the European Commission, the European Parliament and the European Council reached a tentative agreement on a text which implies that shipping will be included in the Emissions Trading Systems from 2024 with a 3 year phase-in period. A final agreement is expected on 16 – 17 December when the last negotiations will take place.

“It’s a historical moment where years of political discussions on how to regulate shipping is close to be materialised in an agreement. In my opinion, it’s ambitious and will undoubtedly push the industry in a more green direction, and eventually lead to absolute reductions of greenhouse gasses,” says Maria Skipper Schwenn, Director of Climate, Environment and Security at Danish Shipping.

In the initial proposal, shipping was to be included in the ETS as early as 2023.

It has been of paramount importance for Danish Shipping that the regulation from the very start creates incentives to use new green fuels such as e-methanol and e-ammonia as they are climate neutral looking at their total climate footprint.

Therefore, it has been necessary to account for fuels’ emissions from extraction at the source to combustion onboard the vessel – a so-called life cycle assessment (LCA).

In the agreement text, however, LCA is not meant to be included from the start, but a decision must be made as to whether LCA should be included in a future revision in 2026.

“It’s positive that LCA is included in the agreement text, since it is a complete new element that was not part of the original proposal. We have fought hard to get it on the agenda and know that this has also been a priority for the Danish Government. However, by postponing LCA to 2026 we lack ambitions given  that we need climate-neutral vessels this decade to reach the goal of zero emissions in 2050. We are not being fair towards the climate when we do not look at the entire climate footprint that fuel leaves behind, and we create obstacles in the promotion of green fuels of the future,” says Maria Skipper Schwenn.

In the meantime, Danish Shipping is pleased that it has been possible to include all greenhouse gases in the regulation and not just CO2, as initially proposed. At the same time, it has been important for Danish Shipping that the operators are not forced by law to automatically pay the costs of allowances, but that this is to be negotiated between the parties.

“It would be impossible to enforce a regulation where the operators were responsible for paying the costs of allowances. You would simply end up with a useless system with changing operators. In addition, both owners and operators should pull in the same green direction. At present, the shipping companies are entitled to state in the contract that the operator pays but this is not mandatory, and the freedom of contract is thus preserved,” says Maria Skipper Schwenn.

Now we await  final round of negotiations which is expectedly going to be next week where a final agreement will be reached. Following, a long formal procedure begins where both the European Parliament and the European Council will finally approve the ETS agreement. This procedure is expected to be finalized in the beginning of 2023.

Facts about the tentative ETS agreement includes among other things: