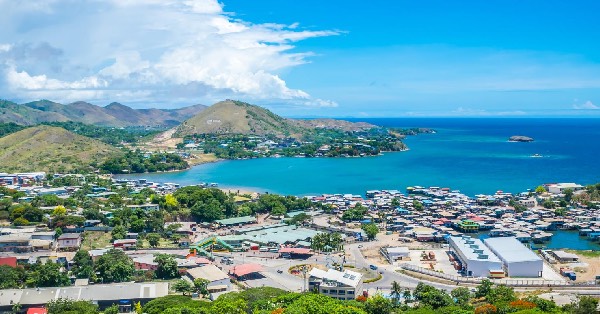 The additional O3b services will continue to help Digicel Pacific maintain connectivity during outages caused by such cable breaks while also expanding coverage across the remote parts of the country, a crucial enhancement for the 80% of Papua New Guineans residing in rural areas.

The support from SES comes at a critical time for the South Pacific island after a 7.7 magnitude earthquake in September caused damage to multiple cable systems, resulting in large disruption to data services across most of the country. During the disruption, SES assisted Digicel Pacific with emergency bandwidth, providing an increase of 40% in high-performance, low-latency O3b services deployed across 12 sites throughout the country to keep communities connected. SES also stepped in with an incremental 3 Gbps of capacity and additional ground equipment to enable Digicel Pacific to restore its network connectivity and critical communications services for both consumers and telecommunication customers.

With this move, SES confirms its position in the region as the only satellite provider who has the capability to commit to high-throughput, low-latency services to mobile network operators, enabling them to quickly restore communications networks in times of outages. Likewise, for the past decade, governments and businesses around the Pacific – including other islands prone to natural disasters like the Kingdom of Tonga – have similarly leveraged the O3b system to provide resiliency to their networks in times of need. The availability of high-speed bandwidth and low-latency connectivity has played a key role in narrowing the digital divide in Papua New Guinea, particularly in parts of the nation not reachable by fibre.

“Unfortunately, we have seen more frequent and intense natural disasters occurring in the Pacific Islands over the last decade, which is why safeguarding networks and providing network resilience is more critical than ever,” said John Turnbull, Director for Fixed Data, Pacific at SES. “SES and Digicel Pacific are committing to connect residents in Papua New Guinea with the high-performance and most reliable connectivity needed to accelerate restoration efforts. With O3b mPOWER, we can further leverage the system’s future-proof scalability and guaranteed performance to achieve an even higher level of network resilience and safety.”

“We are grateful for SES’s swift response in provisioning additional capacity to enable us to plug urgent and unprecedented connectivity gaps. Our partnership with SES has been critical to not just disaster relief efforts in Papua New Guinea, but in connecting remote populations across the Pacific region. We have had a long relationship with SES, who understands the region and steps up to support Pacific nations in times of need, connecting the otherwise unconnected people in the region. We look forward to exploring the enhanced capabilities of SES’s O3b mPOWER satellite system to fortify network connections thus minimising network disruptions in the event of future disasters,” said Colin Stone, Chief Executive Officer at Digicel PNG Ltd.