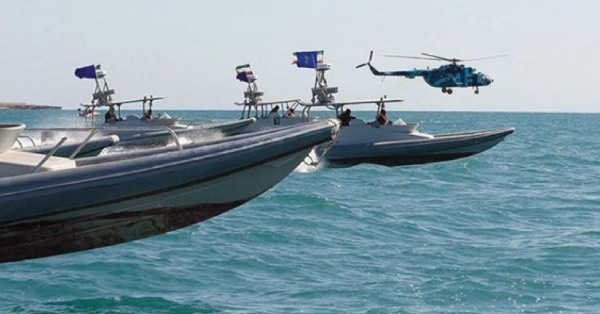 A foreign-flagged oil tanker was seized by Iran’s Islamic Revolutionary Guards Corps in the Persian Gulf on Monday, with officials saying it was smuggling millions of liters of fuel, according to The Times of Israel.

Chief Justice of Hormozgan Province Mojtaba Ghahremani said IRGC forces boarded the vessel and discovered it was carrying 11 million liters of oil. The captain and crew were taken into custody while the incident is being investigated, Ghahremani said. He did not identify the name of the ship or under which country’s flag it was sailing.

Iran’s naval forces have recently stopped a number of vessels smuggling oil in Gulf sea lanes, according to Iranian reports. The Persian Gulf is a major conduit for shipping the world’s oil.

In a separate incident earlier this month, Iran’s foreign ministry said the crew of one of two Greek oil tankers seized by Iranian armed forces in May had been replaced by their company. The Islamic Revolutionary Guard Corps seized the ships in the Gulf days after Greece said it would deliver Iranian oil it had taken from a Russian tanker to the United States. The Russian ship, the Pegas, had been detained by Greece at the request of the United States, which has imposed crippling sanctions on Iran, particularly on its oil exports.

Source: The Times of Israel