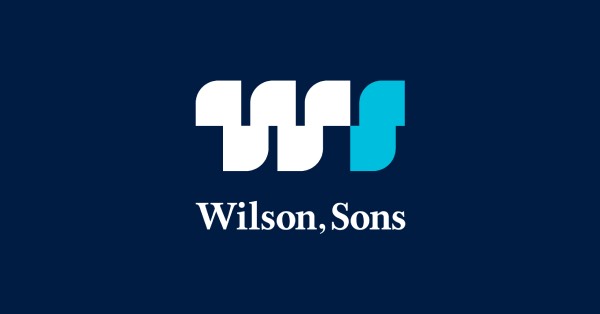 Named on October 13th in Rio de Janeiro, WS Orion has power to manoeuvre large ships
carrying up to 400,000 tons of cargo. Built at the Wilson Sons shipyard in Guarujá (SP),
the vessel has the same characteristics as WS Centaurus which went into operation in
June this year. The new RSD 2513 has escort tug class notation and FIFI-1-certified firefighting equipment with 2,400 m³ flow rate per hour.

WS Orion is designed by Damen Shipyards and is 25 metres long and 13 metres wide. It operates fore and aft with the same efficiency and can be used in both port manoeuvers and in ocean towage. Bollard pull is over 90 tons, making the new tug one of the two most powerful operating in Brazil, along with WS Centaurus.

“Demand for powerful tugboats has been growing in ports throughout Brazil, due to the large-size ships berthing at the terminals, such as Ponta da Madeira, to handle iron ore, and 360-metre long container ships being prepared to operate in Brazilian waters. The delivery of WS Orion reaffirms Wilson Sons’ pioneering status in Brazil, using modern projects aligned with the agendas of sustainability and innovation in the construction of its vessels,” says Wilson Son’s Tugboat division executive director Marcio Castro.

“With the delivery of WS Orion, we reached the mark of 150 vessels built in our shipyard in Guarujá,” says executive director of Wilson Sons shipyards Adalberto Souza.

WS Orion is the second of six new inhouse tugs combining performance with sustainability. Its innovative design allows an estimated reduction of up to 14% in greenhouse gas emissions owing to a more efficient twin-fin hydrodynamics for better navigation and improved drag capacity in manoeuvres. This new hull design ensures smaller fuel consumption and, consequently, lower emissions.

WS Orion will reduce nitrogen oxide emissions by more than 75% and help improve air quality at the ports where it operates. The biggest environmental problem caused by nitrogen oxide is acid rain, which with heavy downpours can damage soil, water and plants. Wilson Sons will deliver another four more sustainable tugs of the same class by the end of 2023.

With its activities, the Wilson Sons Group participates in the operation of more than 50% of all vessels berthing at Brazilian ocean ports, whether coming from abroad or from some location along our coast, by cabotage shipping. On top of that, the oil and gas industry continues to be served by the Towage and Maritime Agency business units that handle platforms and other vessels in this sector.

Wilson Sons’ fleet currently stands at 80 tugs operating along the Brazilian coast. For more than one decade, all vessels have been remotely monitored 24×7 by the Tugboat Operations Centre based in Santos (SP), ensuring safer and more efficient operations.

“We make sure we employ the most suitable tug which is best positioned to perform the berthing or unberthing manoeuvre at the right time, with economic speed. We have been doing this for over 10 years, supported by our Tugboat Operations Center, and have seen excellent results both in operations and in the control of air emissions, including GHG,” says director Marcio Castro, who comments on the motto that has been adopted by the business unit.

Wilson Sons is a pioneer in the speed control of its vessels in order to reduce fuel consumption. The company estimates, via the Operations Centre, a 5% drop in fuel consumption and, consequently, in air emissions.