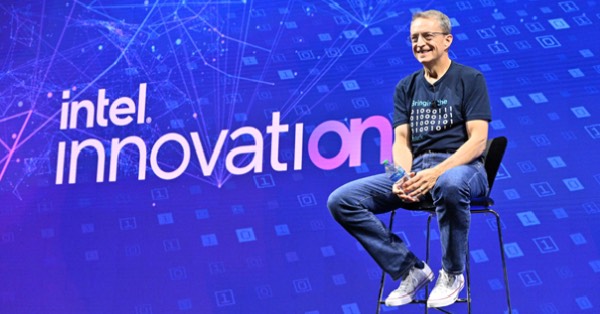 Intel is pursuing innovation through “coopetition,” a term coined by former Google CEO Eric Schmidt to describe a company’s collaboration with its competitors.

The company invited Samsung Electronics and TSMC, its rivals in the foundry business, to the Intel Innovation event held at the McEnery Convention Center in San Jose, California on Sept. 27 (local time).

Intel joined hands with Samsung and TSMC to promote universal chiplet interconnect express (UCle), an open specification designed to interconnect chips produced using different manufacturing processes. The first version of the specification was released in March 2022. It is co-developed by AMD, Intel, Samsung, TSMC and other companies, but is not supported by Nvidia, Intel’s rival in the graphic chip business.

UCIe will contribute to lowering semiconductor production costs. Gelsinger said that if UCIe is completed, it will be possible for Intel to collect semiconductors from TSMC, power control chips from Texas Instruments, and input/output semiconductors from GlobalFoundries and process them with Intel’s own packaging technology.

Intel is promoting collaboration with Samsung and TSMC because it is impossible for a single company to respond properly to the rapid growth of the global semiconductor market in the years to come with the advancement of autonomous vehicles. According to the Harvard Business Review, coopetition takes place when the cost of competition is high or when it is difficult for one company to dominate the market.

At the Intel Innovation event, a presentation was made about a collaboration case between Intel and Samsung Display. Samsung Display CEO Choi Joo-seon demonstrated Flex Slidable, a rollable display that can extend left and right. “We will show that Samsung Display and Intel can provide the best experience possible by combining hardware and software,” Choi said. Gelsinger then introduced Unison, a new software program for a rollable display.