Cyprus Shipping News
Home World Proposal to Acquisition of Shares in Atlas Corp. by a Consortium including... 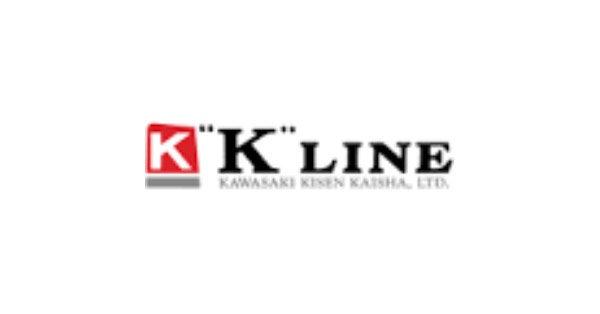 Kawasaki Kisen Kaisha, informs that a consortium composed of our equity method affiliate, Ocean Network Express Pte. Ltd.  and three major shareholders of Atlas Corp. 1 have jointly proposed on August 4, 2022 in US  to acquire all of the outstanding common shares of Atlas that the Consortium does not own or control.

The Consortium believes that the proposal will allow Atlas to focus on the long-term business growth, not on short-term business results, as a strategic partner to support its future growth.

Since the acquisition of shares by the Consortium is currently at a proposal stage, it is not anticipated to have any impact on the consolidated results of “K”Line.

Please refer to the press release by the Consortium.

CHAIRMAN OF ATLAS CORP., FAIRFAX FINANCIAL HOLDINGS LIMITED AND THE WASHINGTON FAMILY PARTNER WITH OCEAN NETWORK EXPRESS PTE. LTD. TO JOINTLY PROPOSE ACQUIRING ALL COMMON SHARES OF ATLAS CORP. NOT CONTROLLED BY ITS MAJORITY SHAREHOLDERS FOR $14.45 PER SHARE IN CASH

London and Toronto, August 4, 2022 — A consortium composed of David L. Sokol, Chairman of the Board of Directors of Atlas Corp. (NYSE: ATCO) (“Atlas” or the “Company”), certain affiliates of Fairfax Financial Holdings Limited (collectively, “Fairfax”)(TSX: FFH and FFH.U), the Washington Family, and Ocean Network Express Pte. Ltd. (the “Consortium”), a global container, transportation and shipping company, announced today that they have jointly proposed to acquire all of the outstanding common shares of Atlas that the Consortium does not already own or control for $14.45 per share in cash, which represents a 32.1% and 28.8% premium over the 30 day and 60 day average closing prices of the Company’s common shares of $10.94 and $11.22, respectively. The non-binding proposal was conveyed on August 4, 2022 in a letter to Atlas’ Board of Directors.

Fairfax, the Washington Family, and David L. Sokol own or control approximately 68% of the fully-diluted outstanding common shares of Atlas and would continue their ownership in Atlas as part of the Consortium. Accordingly, the Proposal would not result in a change in control of the Company. Consortium members have committed to fully fund the cash component of the Proposal. It is contemplated that all Atlas preferred shares would remain outstanding following the proposed transaction.

David L. Sokol, Chairman of the Board of Directors and member of the Consortium stated: “The Consortium believes the proposed transaction will provide Atlas’s common shareholders with immediate liquidity and certainty of value at a significant premium to the current share price, while allowing Atlas to focus on the long term without the emphasis on short-term results and providing Atlas with an ideal strategic partner to support its future growth.”

The Consortium’s proposal further provides that the proposed transaction will be subject to a non-waivable condition requiring approval by holders of a majority of Atlas common shares not owned or controlled by the Consortium, senior management or their respective affiliates.

In its proposal letter, the Consortium informed the Atlas board of directors that the members of the Consortium who are currently shareholders of Atlas are interested only in acquiring the remaining common shares of Atlas that they do not currently own or control, and have no interest in selling any of the shares they own or control, nor would they expect, in their capacity as shareholders, to vote in favor of any alternative sale, merger or similar transaction involving Atlas. If the special committee does not approve, or the other common shareholders of Atlas do not approve, the proposed transaction, Fairfax, the Washington Family and David L. Sokol presently intend to continue as long-term shareholders of Atlas.

Additional Information and Where to Find It

An agreement in respect of the proposed transaction described in this press release has not yet been executed, and this press release is not an offer to purchase or a solicitation of an offer to sell any securities. Any solicitation or offer will only be made through materials filed with the Securities and Exchange Commission (the “SEC”). Atlas shareholders and other interested parties are urged to read these materials if and when they become available because they will contain important information. Atlas shareholders will be able to obtain such documents (when available) free of charge at the SEC’s web site, www.sec.gov.