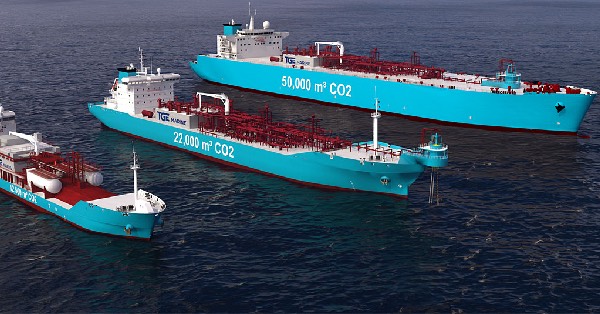 My ship, loaded with an intangible cargo of maritime knowledge, is launching a new service this month. I have joined in a new partnership with the German shipbuilding company TGE Marine, which is participating in one of the most incredible adventures of the shipping industry in the XXI century. The maritime explorers of the past ventured into unknown seas, gulfs, bays and rivers; the maritime explorers of today are the designers of the most modern, state-of-the-art vessels, as determined by the fuel with which they will be powered, or the cargo they will transport.

What is the consensus about the maritime industry and its impact on climate change? Ships contribute to global warming and, therefore, negatively impact the most critical environmental issue in human history. Ships are not like wind farms or solar plants with a positive externality. We are left with an adverse impression of shipping from a climate change perspective. Under the most optimistic scenario—full shipping decarbonisa-tion—the industry would have a zero impact, not positive, not negative, but zero (hence, the zero-emissions vessels, ZEVs, of the future). What if I tell you that shipping could create a positive externality like wind farms or solar panels by helping to reduce CO2 emissions? What if I tell you that ships could become one weapon of the climate change mitigation arsenal? Yes, it is possible. So I invite you to board my ship in this adventure of discovery and research into the particular types of vessels that will become critical to reducing global CO2 emissions.

Climate change mitigation is not only the promotion of renewable energy or energy ef-ficiency but also the withdrawal of CO2 from the atmosphere by either reforestation or carbon capture and storage (CCS). What matters is to emit less CO2 or withdraw CO2 already present. Shipping can play a decisive role in CCS, and here is where the role of TGE Marine comes into place: The company is designing ships that will help transport CO2 from the locations where it has been captured—near large populated and industri-alized areas—to sites where CO2 will be stored—mainly depleted oil and gas reservoirs and deep saline formations.

Many variables will have to fall into place, of course: a much higher price of CO2 emis-sions, significant cost reductions in the capture and storage of CO2 (capture is the most costly link in the entire chain), recommissioning of existing oil and gas pipelines to transport CO2 or the building of new pipelines, and the design and construction of a new fleet of tankers: CO2 carriers. And, of course, all will make sense if the additional CO2 emitted by the energy needed in the entire CCS process is much lower than the massive amounts of CO2 that can be sucked from the sky and stored for centuries well underground!

CCS may sound too complicated for many, but what if I tell you that already in 2005, the most respected and leading organization on climate change, the Intergovernmental Panel on Climate Change (IPCC), published a 431-page report: “Carbon Dioxide Capture and Storage,” which stated as its main conclusion: “This report shows that the potential of CO2 capture and storage is considerable, and the costs for mitigating climate change can be decreased compared to strategies where only other climate change mitigation options are considered.” And the draft of its forthcoming report “Climate change 2022: Mitigation of Climate Change” already mentions: “The technical geological CO2 storage capacity is estimated to be on the order of 1000 gigatonnes of CO2, which is more than the CO2 storage requirements through 2100 to limit global warming to 1.5°C.” In theory, therefore, CCS alone could comply with the Paris Agreement! But, of course, that will not be the case because cutting emissions will always be the primary tool. In brief, the IPCC is putting enormous pressure on governments to reduce CO2 emissions but acknowl-edges that reforestation is not enough (gigantic wildfires because of global warming take place every year), and, consequently, CCS must play a significant role. Besides, re-ducing emissions is proving to be extremely challenging at the global level: In March of this year, the International Energy Agency (IEA) warned: “Global CO2 Emissions Re-bounded to Their Highest Level in History in 2021.”

TGE Marine is currently involved in seven projects to design CO2 carriers. The first and most advanced is the Northern Lights project, a Norwegian initiative to capture CO2 in the Oslofjord region in the country’s east and transport it by ship to capture sites on the Norwegian west coast and by pipeline to offshore storage sites in the North Sea. The second is the Dan Unity CO2 project, which aims to transport CO2 from European coun-tries to Iceland, where the CO2 will be stored under basaltic rocks using the technology developed and already in use by Carbfix: the gas will be converted into stone. Dan Unity CO2 has also partnered with Project Greensand to store CO2 in offshore sites in the Danish part of the North Sea. The third is Stella Maris, another Norwegian project sup-ported by Gassnova SF that will also involve the transport and injection of CO2 into subsea reservoirs. As the project partners say, it will exactly do what currently takes place with fossil fuels, but in reverse: rather than bringing hydrocarbons to the market, bringing CO2 from the market back into the reservoirs. The other four projects are still in the Non-Disclosure Agreement (NDA) stage.

Seven projects in total. The first, the Northern Lights, is well advanced. The two small vessels (130 m and 7,500 m3 capacity) are already under construction at Dalian Ship-building Industry Company (DSIC) in China and will be delivered this year. However, re-garding the intricacies of this first project and two fascinating issues—the shipbuilding design needed to transport CO2 and the peculiarities of CO2 as cargo—you will have to wait for my nexts articles. Why, because, up to today, the only shipping of CO2 takes place in minimal amounts for what is called in gas jargon “food-grade CO2,” mainly used by the food and beverage industry (yes, carbonating beer and soft drinks and making decaf coffee requires CO2!)

Source: TGE Marine by Pablo Rodas-Martini is a Contributor to TGE Marine. He has a Ph.D. and M.Sc. from Queen Mary and Westfield College, University of London.