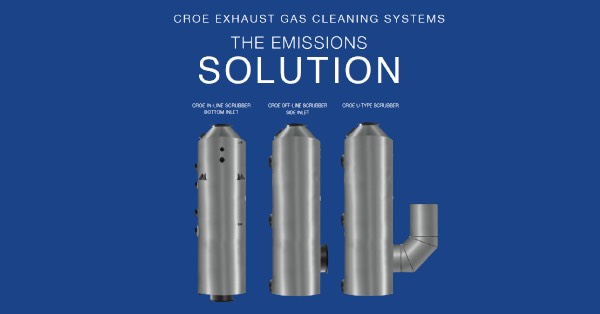 WORLD DIRECT SHIPPING selected CR OCEAN ENGINERING, LLC. as the preferred scrubbing system supplier for their M/V Queen B III.  The decision comes after a lengthy procurement cycle where multiple proposals were considered. It was conducted primarily through the shipping company’s technical office in Northern Europe and concluded with contract signature in April 2022.  This is now the third project that CR OCEAN ENGINEERING will complete for the company.  Previous scrubbers were supplied by CR OCEAN ENGINEERING for the company’s Queen B and Queen B II vessels.

Although present fuel pricing differential favors using scrubbers, the primary reason for this selection is the comfort in using Heavy Fuel Oil (HFO) as a known and reliable fuel. This move allows WORLD DIRECT SHIPPING to continue using HFO while meeting the strict IMO/MARPOL regulations and safeguarding the environment.  This CROE MULTISTREAM SCRUBBER will remove about 5 Tons per day of Sulfur Dioxide (SO2) emissions from the combined exhaust from the main engine plus 3 auxiliary engines. In addition to greatly reducing the SO2 emissions, hence contributing to reduction of acid rain, several studies have now shown that scrubbers also reduce the larger airborne particles and, in conjunction with HFO, have a carbon footprint that is significantly smaller than when using low sulfur fuels such as VLSFO and MGO.

The CROE® Scrubber for the Queen B III will be Open Loop with the ability to be modified later to Closed Loop or Hybrid.  It will also be designed to have a “bottom Inlet” configuration and will be installed outside the existing funnel, thus allowing for maximum pre-assembly and faster installation.  CR OCEAN ENGINNERING has supplied Open Loop,Closed Loop and Hybrid systems to the maritime industry over the past several years with both In-Line and Side-Inlet designs.  CR OCEAN ENGINNERING is presently also in the final stages of development of systems to reduce Fine Particles (PM2.5), Black Carbon and CO2.  Once commercialized, these add-on modules can be added to new or existing scrubbing systems.