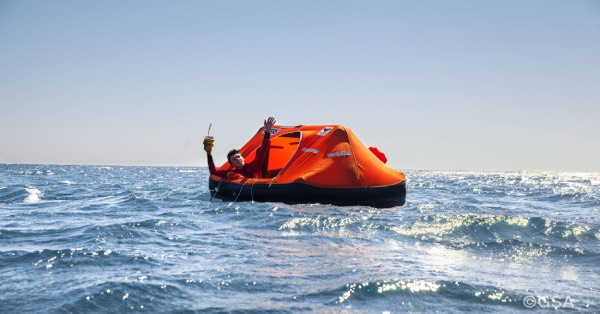 On the occasion of the Pytheas Space Maritime Forum EUSPA, in collaboration with the Greek authorities, organised a demonstration that showcases the importance of space technologies in Search and Rescue Operations. The exercise involved the activation of a Galileo- enabled EPIRB equipped with the innovative Return Link Service. Deputy Minister for Maritime Affairs and Insular Policy, Kostas Katsafados, Director for Outreach and Innovation at DG DEFIS, Catherine Kavvada and EUSPA Executive Director, Rodrigo da Costa, watched live the exercise from the Operations Room of the Hellenic Coastguard.

Responsible for 80% of all global merchant traffic, maritime transportation is the backbone of the world economy. Home to 329 key seaports and an extensive coastline connected to several major oceans, seas and waterways, Europe is a maritime powerhouse. The EU controls nearly 30% of the world merchant fleet, with five Member States claiming top 15 positions.

‘’With a merchant fleet of over 4.901 vessels Greek shipowners’ control 19,4% of the world tonnage and 58% of the EU tonnage capacity. Relying on space data and services by the EU Space Programme, such as Galileo and Copernicus, is beneficial for the Greek shipping community as they bring extra safety and efficiency in maritime operations’’ says Deputy Minister for Maritime Affairs and Insular Policy, Kostas Katsafados.

“The Maritime sector is sailing towards a digital and more green and safer future. The European Union is investing in the EU Space Programme components such as Galileo and Copernicus, and soon in secure connectivity, to enable the companies in the maritime ecosystem to become more innovative and more competitive. Space and Ocean stand together for the EU Blue Economy, for the Green and Digital transition,’’ says Catherine Kavvada, Director for Outreach and Innovation at the Directorate General for Defense Industry and Space, European Commission.

What happens when disaster strikes?

Safety at sea and protecting the oceanic ecosystem have long been two of the European maritime sector’s top priorities. Today, the EU is developing space services to better answer these priorities.

Take for example the scenario of a ship grounding or colliding with another vessel. Search and Rescue crews must fight rough seas and/or freezing temperatures to quickly reach the ship and evacuate passengers and crew. But this is just one of the many challenges that SAR teams and other stakeholders face. Relevant authorities must also mitigate a range of environmental risks, such as oil spills. Because time is of essence for both safety and environmental challenges, having ready access to precise location information is absolutely crucial. 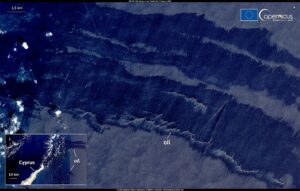 “Greece is implementing its space strategy in a step-by-step approach, investing in space infrastructure to achieve national and European targets with the aim of promoting the digitization of the economy, improving the resilience of the country’s infrastructure and optimizing the response to situations emergency or natural disasters’’, says Athanassios Staveris-Polykalas, Secretary General of Telecommunications & Posts, Greek Ministry of Digital Governance.

The launch of the Galileo constellation has meant an exponential increase in accurate navigation. The system was designed with protecting EU citizens as a core objective – an objective it achieves through various services.

One of those services is the Galileo SAR service, which, in January 2020, announced the launch of its ground-breaking Galileo Return Link Service (RLS) feature. Thanks to the RLS, sailors in distress, when equipped with the appropriate beacon, will see a light verifying that their distress signal has been received by emergency first responders and that their location has been established.

Galileo is the only GNSS constellation to offer such a service to its end-users. The RLS is proven to increase survival rates by giving an important psychological boost to people in distress. Experts of Cospas-Sarsat estimated that the international SAR system, with the contribution of the Galileo Search and Rescue service, saves more than 2,000 lives a year.

“Sailors received the notification that their distress signal has been received in 1.08’, it is another proof of the performance of the Galileo Search and Rescue service. And it is saving lives. Thus, it is essential that Europeans are aware of the performance of the Galileo. It is part of our mission in EUSPA. I am pleased to have participated to this demonstration’’, adds EUSPA Executive Director, Rodrigo da Costa.

Accidents often occur in poor weather conditions, where it is difficult or dangerous to deploy manned assets (e.g., helicopters). When an accident happens in a remote area, there may not be the option to send vessels or aircraft to verify the situation. In both contexts, the Copernicus Maritime Surveillance (implemented by EMSA) service can provide valuable additional data to help detect, track and potentially identify the vessels in distress. By doing so, the CMS helps support SAR efforts.

Specifically, Copernicus utilises synthetic aperture radar images, which can be used to help search for vessels over large areas, during the night and even in poor weather conditions. This capability is especially useful when a vessel loses communication and goes adrift (e.g., following a fire or tracking storm damage). Identifying the location of a vessel helps optimise the use of search and rescue assets and allows authorities to direct resources to where they are of most use. Optical images can also provide a wealth of additional information, including the positively identifying the vessel, characterising the damage caused or detecting any deployed lifeboats in the water.

When disaster strikes, communication, information and location are key. With the addition of GOVSATCOM, the EU Space Programme offers all three.

GOVSATCOM will provide secure, cost-efficient communication capabilities to security and safety- critical missions, operations and infrastructure. EUSPA has been entrusted with the procurement of the secure operational ground segment (GOVSATCOM Hubs), its operations and the coordination of the user-related aspects of GOVSATCOM, all in close collaboration with the Member States and other involved entities.