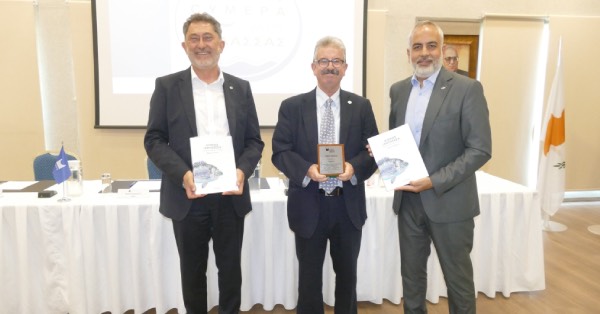 The Cyprus Marine and Maritime Institute, in cooperation with the Limassol Chamber of Commerce and Industry , organised a small ceremony on the 24th of June for the inauguration of the CMMI’s Liaison Office in Limassol.

The office will be the link between industry, academia and social stakeholders in the Blue Economy sectors, strengthening the role of CMMI in promoting its activities and leveraging its research results. It will act as the Institute’s first point of contact for the blue economy stakeholders in Limassol and especially those in the maritime industry. 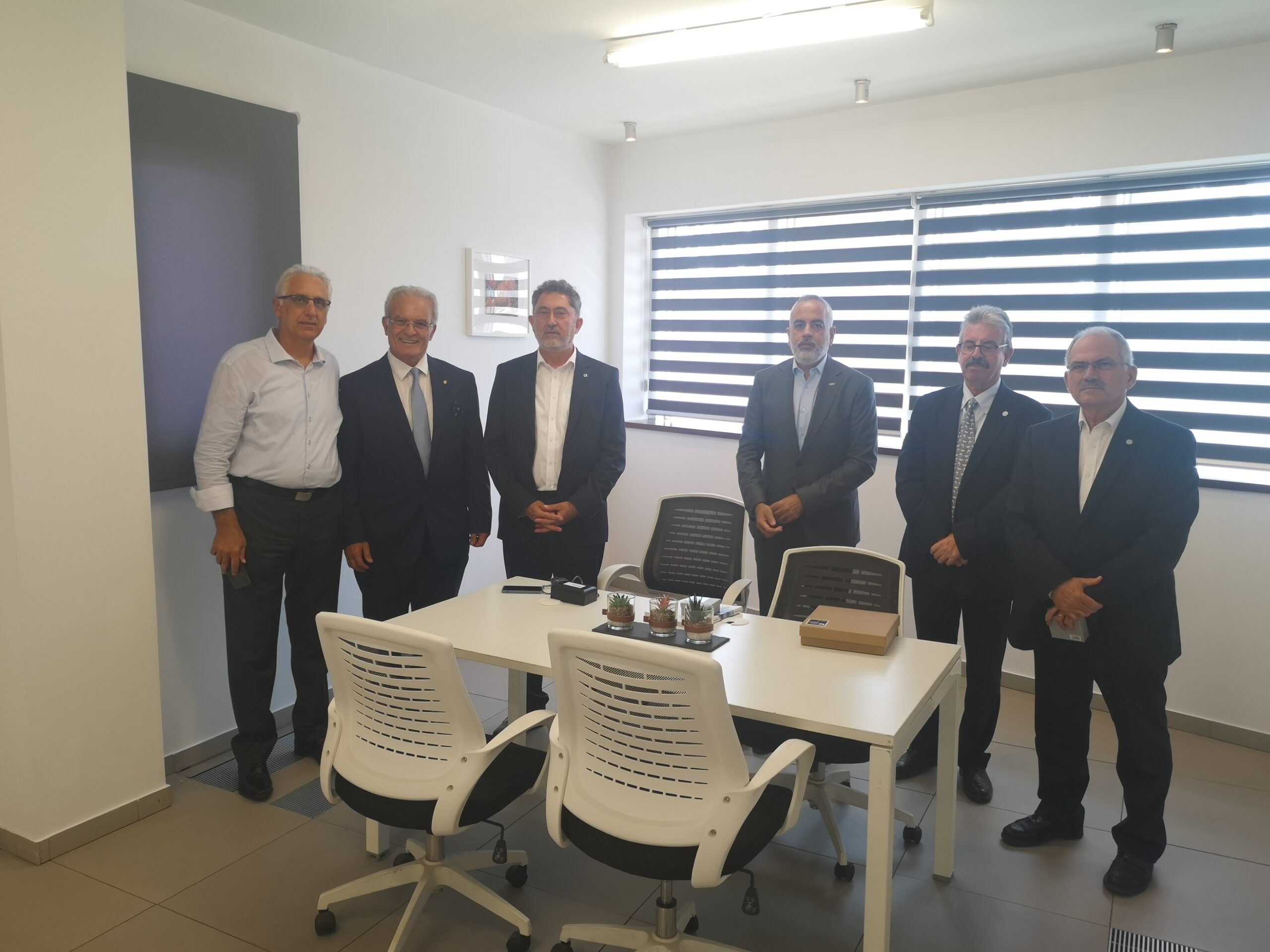 Mr Andreas Tsouloftas, President of the LCCI, said that the opening of the CMMI’s Liaison office in Limassol is an important milestone for the maritime capital of Cyprus. He also made special reference to ‘Ariadne’, the underwater park in Amathus, which is under development and led by CMMI in collaboration with local and international partners. 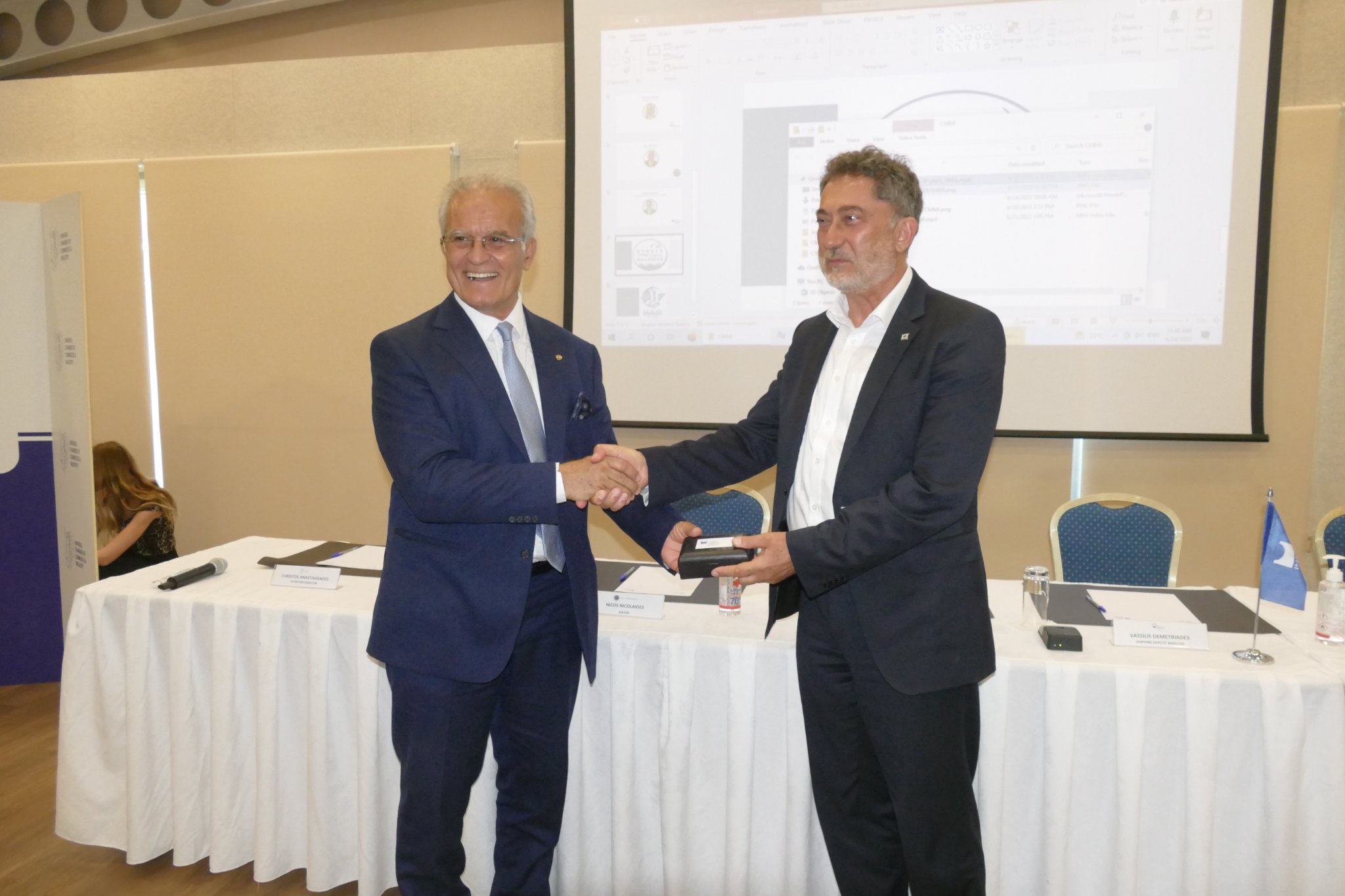 Mr Vassilis Demetriades, Shipping Deputy Minister, congratulated CMMI on the opening of the new office in the city of Limassol, which is considered the Maritime Capital of Cyprus. He expressed the Ministry’s and his personal support, emphasizing that by supporting a strong CMMI we ensure a strong shipping industry for Cyprus. 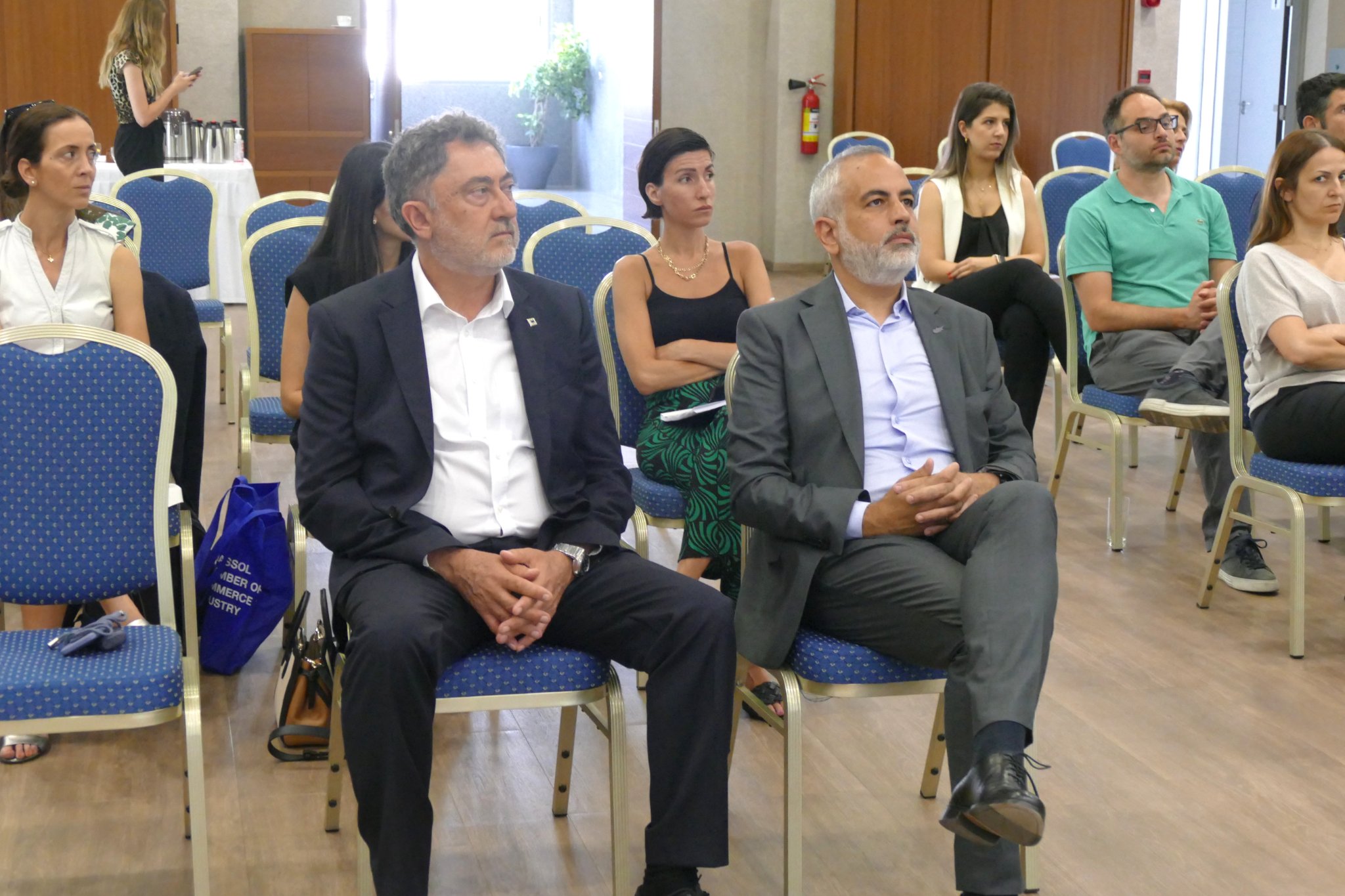 Mr Nicos Nicolaides, Mayor of Limassol, congratulated the LCCI for providing the space to CMMI and thus reinforcing the efforts and actions for aiding the Blue Growth. He mentioned that the Municipality of Limassol is strongly involved in the Blue Economy matters and that the CMMI & the LCCI are both actively involved in these efforts. In closing, he pointed out the importance of all relevant stakeholders coming together and collaborating on the matters of the Blue Economy. 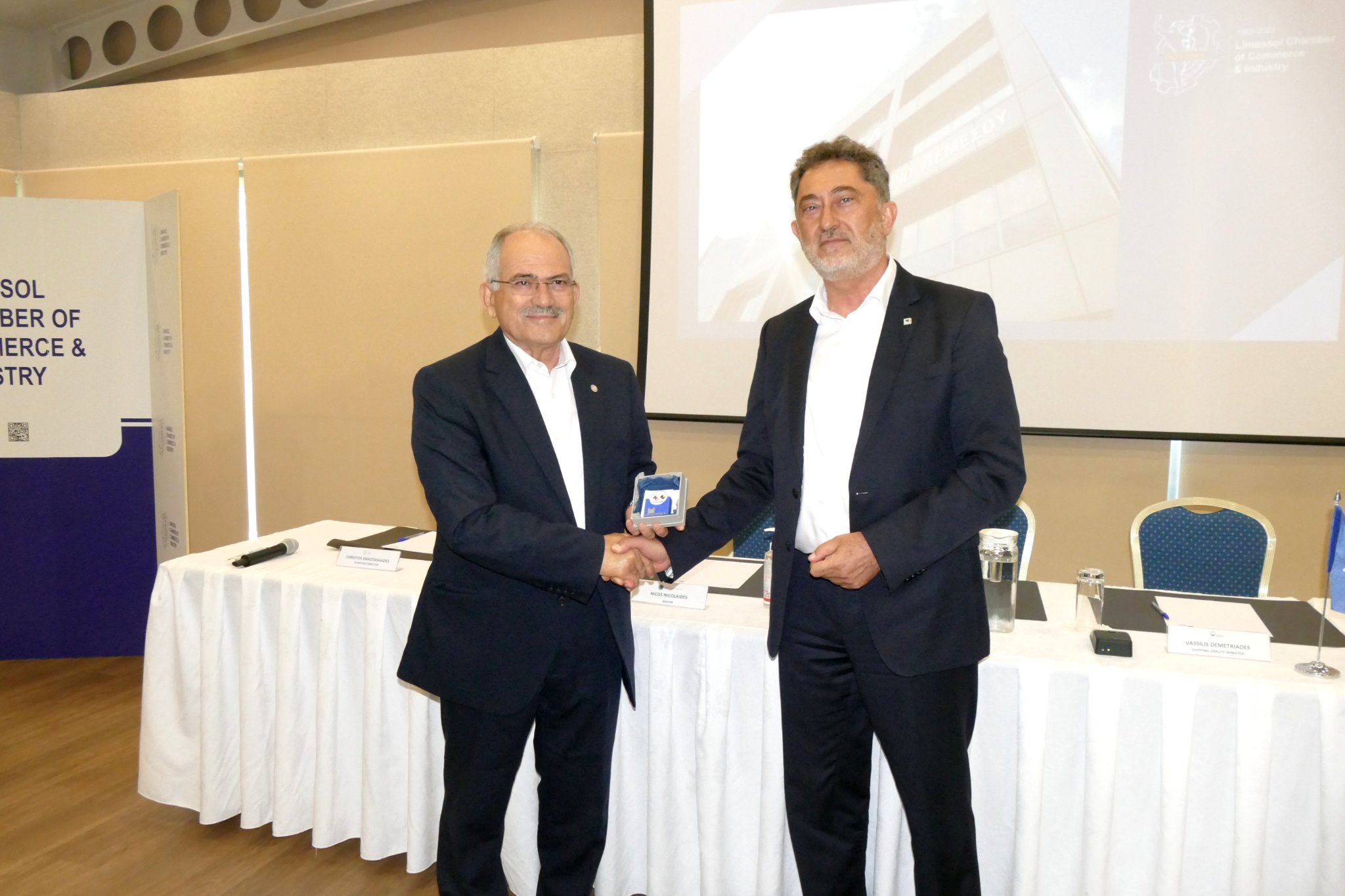 Mr Zacharias Siokouros, CEO of CMMI, said that the opening of the Limassol office is key to the Institute and its sustainability. The Limassol people and particularly the maritime industry have embraced and supported CMMI from day one and we are now happy that we are closer to them. He thanked the LCCI for providing the office space and he looks forward to future collaborations with existing and new stakeholders from Limassol. 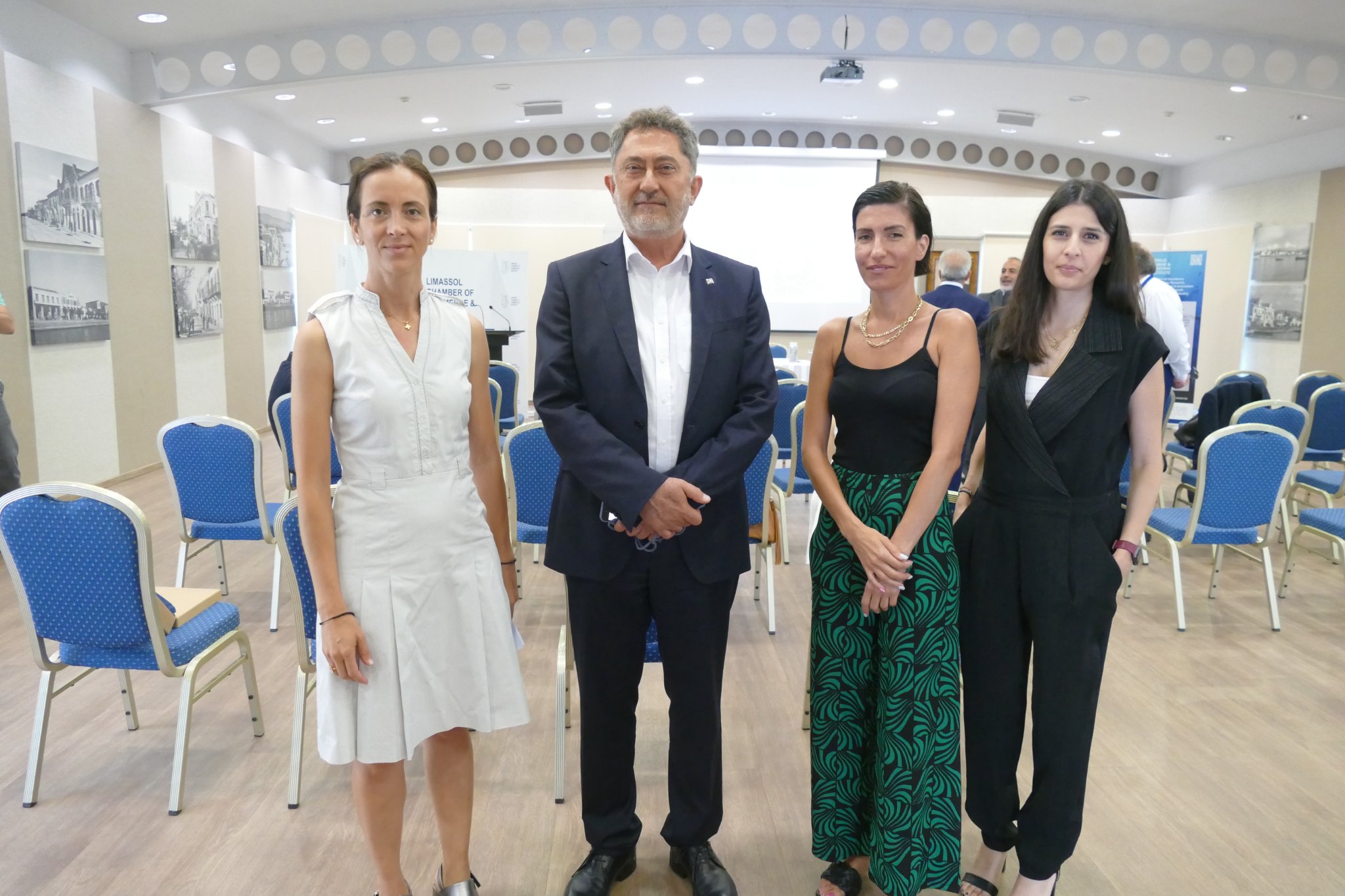 This event was dedicated to the International Day of the Seafarer which is celebrated on the 25th of June. In view of this, Mr Demetriades honored CYMEPA on behalf of CMMI for the thirty-year contribution to the Cyprus shipping sector and for their efforts in ensuring the safety of the seafarers and the protection of the marine environment. Dr Michael Ierides, Secretary General of CYMEPA, received the award on behalf of the Association.

The CMMI Liaison Office will be operating from the Limassol Chamber of Commerce and Industry at 170 Franklin Roosevelt Avenue, 3045 Limassol.