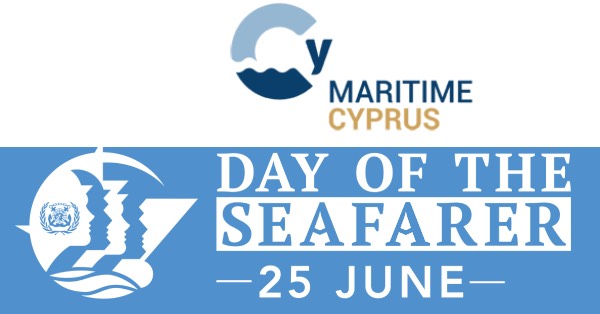 The Cyprus Shipping Deputy Ministry on the occasion of “Day of the Seafarer” which was established in 2011 at the initiative of the International Maritime Organization and is celebrated every year on June 25, highlights the important role of people at sea and their huge contribution to global shipping.

Cyprus honours and recognises the role of seafarers through specific actions and initiatives, showing its appreciation to seafarers who are the most important aspect of the global shipping industry.

In his statements, the Shipping Deputy Minister Vassilios Demetriades stated: “Our appreciation to the sailors is not limited to verbal remarks but is proven by actions and even through periods of crisis and difficulties that we were called to face.”

These actions focus on how Cyprus has facilitated crew changes and the repatriation of more than 60,000 seafarers since the outbreak of the COVID-19 pandemic, the vaccination coverage of 40,000 seafarers through the implementation of a national program and its leading presence in training. a global vaccination program adopted in a Resolution by the International Labor Organization.

Regarding the war in Ukraine and the thousands of sailors who do not have access to their salaries, the Shipping Deputy Ministry listened to the demands of the shipping industry and in cooperation with the financial institutions of Cyprus created a framework that facilitates the opening of current accounts for sailors who now have the ability to receive their salaries and support their families.

“In the near future, we are launching initiatives to highlight at European and international level another major issue that plagues seafarers regarding the criminalization of the seafaring profession, as there are many cases of seafarers being involved in court adventures facing unnecessary criminal responsibilities. We are a state with a significant international maritime scope and we will not stop taking actions and playing a leading role in highlighting and solving the problems faced by seafarers”, underlined Vassilios Demetriades.