In the new route, 25 Cypriots have been hired, both inside the ship and at the company’s offices

The Cypriot-flagged passenger ship M/V Daleela bound for the port of Limassol is currently at sea, according to the Director of the shipping company Scandro, Mario Michael, who took over the Cyprus-Greece ferry connection.

The ship has already set sail from the shipyard of Salamis and is traveling to Cyprus, in order to properly prepare for its history, after 21 years, a voyage on Sunday, June 19, lasting from 24 to 30 hours depending on the weather conditions.

The ship is expected to arrive in the port of Limassol tonight at 19.00 and to be inspected on Thursday by the Shipping Deputy Ministry, while the manning of the staff will take place on Friday 17 June.

According to Mr. Michael, an additional 25 jobs were created for this route. Specifically, 21 positions concern the manning inside the ship, such as the reception, the bar, the cafeteria, the cleaning, the control of the ship, as well as the position of the doctor, but also four positions in the company’s offices.

“50% of the newly hired staff are women, something I did not expect, while the average age of these employees is 30 years,” he added. In fact, he notes that “there is a great demand from young girls”.

As Mr. Michael reveals in Economy Today, “at the beginning of the competition a ship was approved to transport 100 people without providing cabins or an airplane seat, but then we demanded the transportation of 300 people with cabins, so that 90% of the passengers have ability to sleep decently “. “The space of the ship has been completely renovated, such as floors, table seats, tableware, mattresses, as” history is being written and must be written correctly”, he emphasises.

Pre-agreement for connection with Israel

He even states that next year the itineraries will start earlier and will last longer than this year, ie from May to October, while there is a “preliminary agreement for a ferry connection with Israel”.

Asked if he was waiting for the large response of the passengers, he answered affirmatively, which is why he claimed a ship with a larger capacity of people, while as he adds, there are also people who do not travel due to their fear of the plane. In particular, as he notes, there is a gentleman who will travel for the first time after 27 years, but also a family with 11 children who for the first time will go out of Cyprus all together, a total of 13 people with their parents.

Completeness is close to 100%

According to the executive president of Top Kinisis Travel and Honorary president of the Association of Travel Agents of Cyprus, Akis Kelepeshis, in Economy Today, the fullness of the first class and VIP cabins has almost been completed, as well as the animals area with ​​about 20 animals. However, there are very few cabins of the second category left, the vehicle area accepts additional vehicles, while there are only few reservations for airline seats, he concludes.

Source: Free translation from the Economy Today of Sigmalive by Charis Vovou 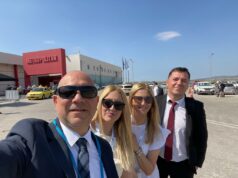 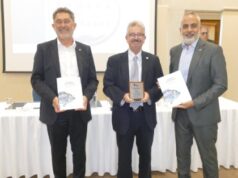 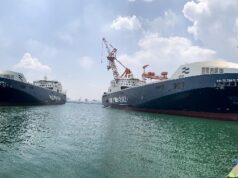