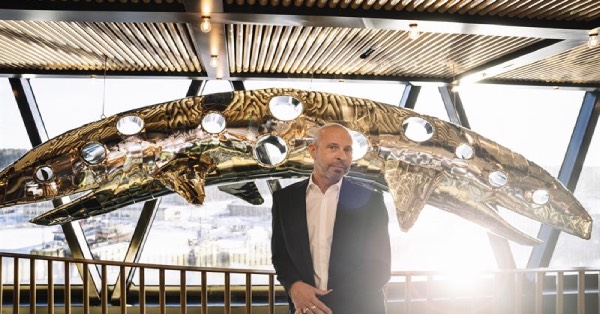 Along with the sea views, which are present everywhere on Viking Glory, passengers can also stop to look at different works of art inspired by the Baltic archipelago waters. “It’s not the art that attracts people to the vessel, but passengers on a cruise have time to explore the works and become familiar with modern art,” says Stefan Lindfors, who has created a thought-provoking sculpture trilogy for the new vessel.

On Viking Glory, there is not just one sculpture by Stefan Lindfors but rather a whole series consisting of three sculptures. Under ytandraws the viewer’s eyes in the two-storey Aula hall, the Kobba restaurant features the work Kungen på djupet , and Vatten och vindcan be found on the Viking Terrace sun deck.

Stefan Lindfors has his roots in Åland. Viking Glory’s sculpture trilogy was inspired by the Baltic archipelago, which is an important landscape for the artist.

“Viking Line has the wonderful idea of giving art a prominent place. It’s not the art that attracts people to the vessel, but once they’re on board people have time to explore the works. I imagine children will point to the sculpture and ask their dad if it’s a dolphin or a fish. Their dad will answer that it’s full of holes – what is it really? And then the whole family stands there and marvels. The work has made them stop and look at modern art,” as Stefan Lindfors describes it.

The idea of bringing striking art onto Viking Glory was born about three years ago, when construction on the vessel had already begun. Of course, the idea was not large sculptures but a work exhibited on the car deck. It was a perfect location, in Stefan Lindfors’ opinion, and he planned video art for the space.

“The idea of having art on the car deck was fantastic. Usually you just sit there and wait for the bow door to open!”

However, this idea was not realised. Instead, Viking Line decided to place works of art in public spaces where all the passengers could see them. Stefan Lindfors was given free rein, and his plans for a video work were ultimately transformed into a sculpture trilogy.

“We wanted to provide our passengers with the opportunity to enjoy art experiences on their sea journey, and when Stefan also became enthusiastic about the project, to our passengers’ great delight, we got a whole series of three sculptures to exhibit on Viking Glory. We knew the sea plays an important role in Stefan’s art, and the end result exceeded all our expectations. The series of sculptures tells a story that is especially dear to us, how important the archipelago waters are from a cultural perspective and how unique – and vulnerable – this nature is,” says Viking Line’s director of corporate communications, Johanna Boijer-Svahnström.

Art is also present in the cabins on board Viking Glory, where passengers can enjoy the works of the Åland-based painter Jonas Wilén. The works were originally watercolours, which have been digitised and printed on canvas.

Jonas Wilén is also the artist behind a series of social satires published in the daily newspaper Nya Åland, among other works. The pictures in Viking Glory’s cabins were made in a style that is characteristic of Wilén. They are also rich in detail with references to Åland and the archipelago.

“I got my inspiration for the works from my local setting. Being born and bred in Åland, I am surrounded by the sea and islands – the landscape is almost graphic. I want to convey a sense of the calm and harmony that characterises the landscape,” Jonas Wilén adds. 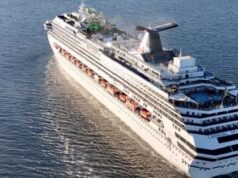 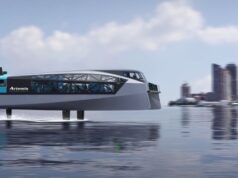 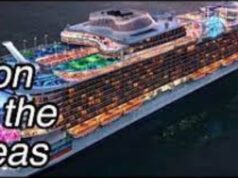