Kawasaki Heavy Industries announced that it has delivered a MAG Turbo M55 to Nakagawa Water Circulation Center in Saitama Prefecture. This model is the largest of Kawasaki’s aeration blower series using magnetic bearings – the “Kawasaki MAG Turbo” – achieving one of the world’s highest energy efficiency ratings in its class, having a maximum motor output of 1 MW. The delivery is the first such accomplishment in the Japanese market.

At a sewage treatment facility, the Kawasaki MAG Turbo injects air into the biological reaction tank, activating microorganisms to clean sewage and rainwater. Because the power used by the blower accounts for approximately 60% of total power consumption at these facilities, products with higher energy efficiency and a more economical performance have been needed. It has been confirmed that at the Center, which had replaced with the MAG Turbo M55 its blower with mechanical bearings, a 15.6% reduction in power consumption was achieved.

Since delivery of the first Kawasaki MAG Turbo in 2004, Kawasaki has received orders for more than 200 units mainly from sewage treatment facilities around Japan. In recent years, this series has been enjoying about a 50% share of the Japanese aeration blower market. Based on the number of deliveries, it is estimated that introduction of the Kawasaki MAG Turbo reduces power consumption by up to 30% and CO2 emissions by 50,000 tons per year, compared to models with mechanical bearings.

Kawasaki is committed to expanding the sales of this product series into the European and North American sewage treatment markets, in addition to expanding in Japan, as well as to developing innovative technologies to achieve even higher energy efficiency, thereby contributing to a reduction of CO2 emissions through lowered power consumption. 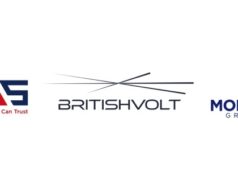 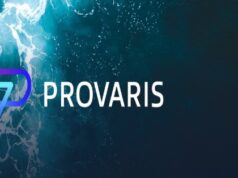 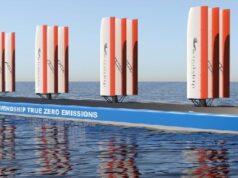