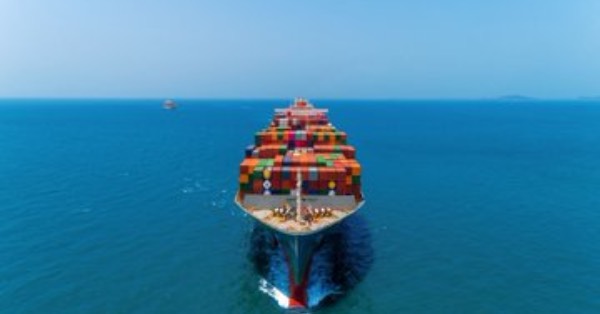 Reliance Industries and Saudi Aramco have decided to re-evaluate their agreement for the Middle Eastern producer to buy a stake in the refining and petrochemical business of India’s biggest private refiner, and both companies would look at broader areas of cooperation due to the changing energy scenario.

Reliance said in a statement over the weekend that following this mutual decision by both companies, it would drop its plan to create a separate oil-to-chemicals unit, which was proposed to be named Reliance O2C.

“Due to evolving nature of Reliance’s business portfolio, Reliance and Saudi Aramco have mutually determined that it would be beneficial for both parties to re-evaluate the proposed investment in O2C business in light of the changed context. Consequently, the current application with National Company Law Tribunal for segregating the O2C business from Reliance is being withdrawn,” the statement said.

“The deep engagement over the last two years has given both Reliance and Saudi Aramco a greater understanding of each other, providing a platform for broader areas of cooperation. Saudi Aramco and Reliance are deeply committed to creating a win-win partnership and will make future disclosures as appropriate,” it added.

Reliance and Aramco signed a non-binding letter of intent in August 2019 for a potential 20% stake acquisition by Saudi Aramco in the O2C business of Reliance. Over the past two years, both the teams made significant efforts in the process of due diligence, despite COVID-19 restrictions.

The decision to re-evaluate the $15 billion proposed sale of a 20% stake sale in its oil to chemicals business to Saudi Aramco comes at a time when Reliance is stepping up efforts to embrace renewable energy business amid plans to be carbon neutral by 2035.

The oil to chemicals deal was supposed to gain momentum following the appointment of Aramco chairman Yasir Al-Rumayyan as an independent director to the board of Reliance Industries.

“Both parties have decided not to proceed with the proposed transaction. This comes as a disappointment with crude at $80 per barrel and Aramco’s Chairman inducted into Reliance’s board, and fails to set a benchmark of $75 billon valuation for the O2C business,” Jefferies said in a research note.

“The cancellation has no bearing on Reliance’s balance sheet, which has benign leverage, and its ability to fund the renewable foray via cheap sources of capital. We think adequate funds are available at very attractive cost to fund their renewable foray,” it added.

Reliance Chairman Mukesh Ambani announced plans in June to build a giga factory in Jamnagar for the storage of intermittent energy as part of the Dhirubhai Ambani Green Energy Giga Complex project.

Four giga factories will be part of the Jamnagar complex, which will include an integrated solar photovoltaic module factory; an advanced energy storage battery factory for storage of intermittent energy; an electrolyzer factory for production of green hydrogen; and a fuel cell factory for converting hydrogen into motive & stationary power.

“Jamnagar, which accounts for a major part of the O2C assets, is envisaged to be the center for Reliance’s new businesses of Renewable Energy & New Materials, supporting the net zero commitment,” the latest statement said.

Reliance operates the world’s biggest refinery complex at Jamnagar in the western Indian state of Gujarat with a combined capacity of 1.2 million b/d.

Reliance in a recent statement said its wholly owned subsidiary Reliance Eagleford Upstream Holding, LP had signed an agreement with Ensign Operating III, LLC to divest its interest in upstream assets in the Eagle Ford shale play of Texas.

With this transaction, Reliance has divested all its shale gas assets and exited the shale gas business in North America, the company said in the statement, but did not disclose financial details of the deal.

Analysts have said Reliance will reap two gains from the decision — it will clearly signal to the market that it is accelerating efforts toward reducing its carbon footprint, and will make its intentions clear on focusing at home in India, where per capita energy consumption is about one-third the global average and is set to grow exponentially.

Reliance plans to invest $10 billion in the next three years in clean energy initiatives.

Reliance, which was ranked 55 in the Forbes Global 2000 rankings for 2021, has snapped up multiple partnerships in the clean energy space, such as in solar and electric mobility, in recent months but the company is expected to maintain its razor-sharp focus on its core refining business despite embracing energy transition goals, analysts said.