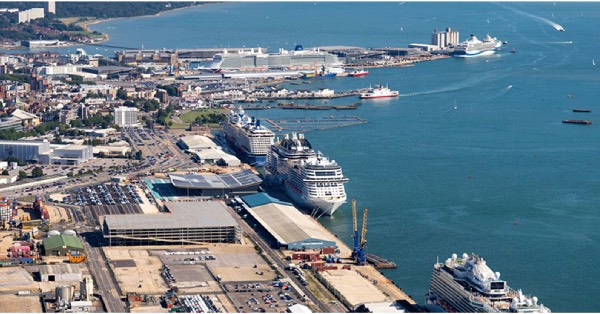 The Port of Southampton has been awarded ‘Best Port’ in the 2021 Wave Awards, which celebrate excellence and innovation in the cruise industry. This latest win for Southampton confirms its status as the UK’s capital of cruising and Europe’s leading cruise turnround port

The award was presented to ABP’s Head of Cruise Rebekah Keeler and her team at the black-tie ceremony in London on 15 October. This accolade follows Seatrade Cruise Global awarding the Port of Southampton ‘Port of the Year’ last month at its annual industry event in Miami.

Rebekah Keeler said: “We are absolutely thrilled to have won our second cruise industry award of the season. It is fantastic recognition for our teams and the whole port community, acknowledging the level of work that has gone into providing the best experience for cruise lines and passengers.”

The Port of Southampton has been at the forefront of growth in the cruise industry, having spent the last few years investing heavily in its cruise infrastructure. Just this year, the port opened its fifth world-class cruise terminal, the Horizon Cruise Terminal, with an investment of £55 million. The dedicated cruise facility includes Shore Power connectivity, which means zero emissions at berth for ships with the onboard capability.