For two weeks, specialists of Vyborg Shipyard and the equipment suppliers were testing the trawler in the Gulf of Finland upon completion of which the acceptance/delivery certificate was signed by the parties. Under the contract, fishing trials are to held in the fishing area after the ship delivery to the customer.

A series of KMT01 trawlers numbering four units has been under construction on a turnkey basis from 2017.

The series of KMT01 ships is intended for bottom and pelagic trawling, processing and storage of fish. The ships’ multifunctional fish processing plants are intended for production of fillet, minced fish, fish caviar, liver, fish oil and flower.

Under the contract with Arkhangelsk Trawl Fleet JSC, Vyborg Shipyard is to build four ships of KMT01 design. The construction is covered by the programme of investment quotas encouraging the construction of fishing ships at domestic shipyards.

Each ship of the series will be able to process 160 tonnes of fish per day. The vessels of Project KMT01 with dimensions of 86 m x 17 m will have Ice3 Class and with an option of hull strengthening to Arc4 Class are intended for operation in the Northern fishing basin. On board the vessels there will be installed an automated plant for processing and production of fillets, fish meal plant, equipment for fish oil production and a canning plant.

PAO Vyborg Shipyard (part of state-owned United Shipbuilding Corporation from 2012) is one of the largest shipbuilding companies of the North-Western Region of Russia. Since its foundation in 1948 the shipyard has built 210 different vessels, 9 offshore drilling rigs and 105 topside modules for fixed offshore platforms with total displacement of over 1,550,000 tonnes. 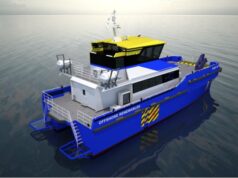 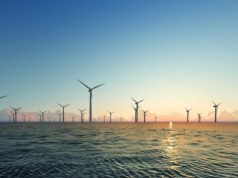 Vestas selected as preferred supplier for the 2.1 GW Empire Wind 1 and Empire Wind 2 offshore wind projects in the USA 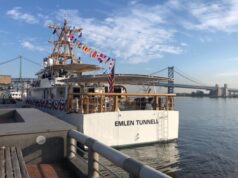