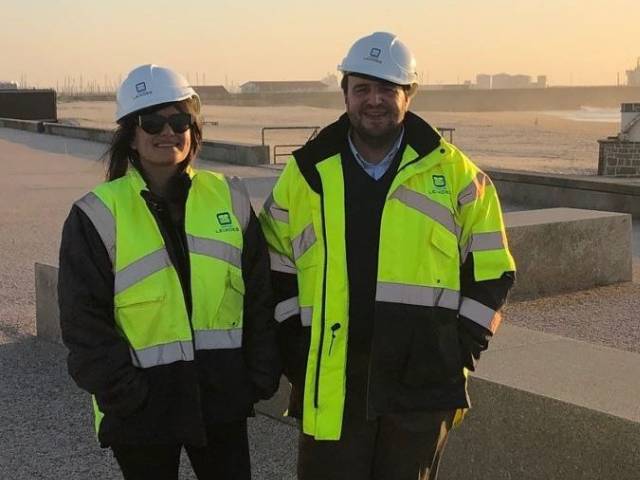 In a significant regulatory milestone, Eco Wave Power Global is pleased to announce that its Portuguese subsidiary, EW Portugal- Wave Energy Solutions Unipessoal, has received an installation and grid connection permit of 1MW in the form of a Small-Production Unit registration approval (registration number 5089) from the Portuguese Directorate-General for Energy and Geology (DGEG). This registration approval is required for the installation and grid connection of a 1MW pilot project at the Barra do Douro breakwater in Porto, Portugal.

The Small-Production Unit Registration approval is the first permit required by EW Portugal to proceed with the actual installation and grid connection of a first 1MW wave energy power station on the ocean side of the Barra do Douro breakwater.

The 1MW project is planned to be the first stage of the 20MW Concession Agreement entered into with APDL  Administração dos Portos do Douro, Leixões e Viana do Castelo, S.A.) in April 2020, for the potential usage of four locations owned and operated by APDL.

Reception of the Small-Production Unit registration approval was facilitated by EW Portugal in collaboration with the Portuguese law firm PLMJ Advogados, SP, RL (“PLMJ”)  and the engineering and construction firm PAINHAS, which has more than 40 years of experience providing global turnkey solutions.

Upon completion of the installation and grid connection works, EW Portugal will require a final operation certificate from DGEG for the operation of the power station.

This project is in line with Portugal’s National Energy and Climate Plan for 2021-2030, otherwise known as PNEC 2030, which has set an objective for Portugal to ensure 47% of renewable sources in its gross final energy consumption by 2030.

Portugal has an immense wave energy resource, which, according to  estimates by the Government of Portugal, can supply 3-4GW of power capacity. Eco Wave Power’s project will be a significant milestone in the adoption of wave and ocean energy in Portugal and will contribute greatly towards the country’s goal under the PNEC 2030 plan, of implementing 70MW of wave power capacity by 2030.

Inna Braverman, Founder and Chief Executive Officer of Eco Wave Power stated: “We are pleased to announce the Small-Production Unit registration Approval for our first planned 1MW wave energy project in Portugal. This is a huge leap towards the deployment of our first one MW wave energy power plant in Portugal. We would like to thank the Ministry of Environment and Climate Action, DGEG, PLMJ, Painhas, and all the other parties who are involved to support this first-of-a-kind project in Portugal. We believe that the successful execution of this project will mark the start of a new and exciting era for the wave energy sector in Portugal and around the globe.”