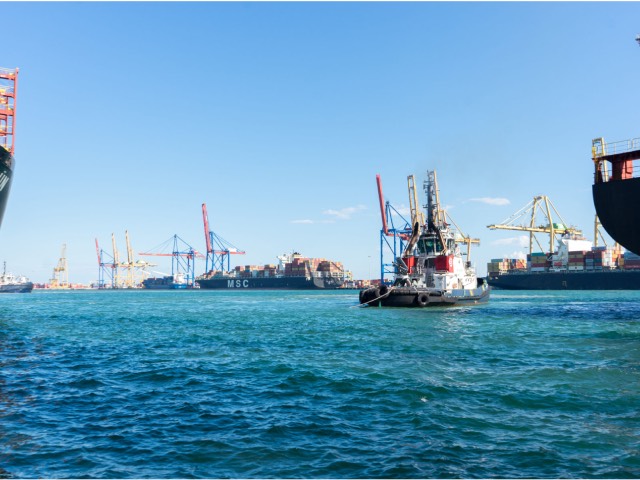 The recovery is already in double digits compared to the pre-pandemic year. Compared to the same month in 2020, the increases are 21% in goods per tonne and 23.2% in TEUs (standard 20-foot container)

Once again, exports mark the path of economic recovery. Containers dedicated to sales abroad by Spanish companies grew by 17% in June this year compared to the same month in 2019, and by 35% compared to June 2020

Passenger and car traffic remain in negative figures compared to 2019, and improve compared to 2020, especially passengers who grow by 48%

In this half of the year, all sectors are increasing. Of particular note is the increase in exports of construction materials (45.4%) and the agri-food industry (31.95%) compared to 2020

By countries, China is the leading trading partner in the first six months of the year with 303,124 full containers to/from Valenciaport

València, July 19th, 2021.- The worst of the crisis is over and the pace of Valenciaport’s shipping activity shows a very positive trend compared to 2019, a year without pandemic. In June 2021, the total freight traffic was 7,359,953 tonnes, which represents an improvement of 11.11% compared to 2019 and 20.6% of June 2020. Increases above double digits are also seen in the movement of containers, which in June this year reached 487,803, representing an increase of 11.33% compared to a “normal” year such as 2019 and 23.2% compared to a pandemic month, which is June 2020. These data reflect the capacity of the Spanish and world economy to recover the path of growth after a year marked by a health and economic crisis.

In this return to positive activity, exports by companies in the Valencian Community and Valenciaport’s area of influence are playing a strategic role. Full containers dedicated to sales abroad stood at 96,455 in June this year, 17% more than in the same month of 2019 and 35% more than in 2020. Both in this month and in the accumulated of the year, all productive sectors recorded positive figures, especially strategic industries such as construction materials, agri-food and automotive.

However, there are still activities that need more time to return to growth compared to pre-pandemic times. Thus, for example, passenger traffic in June this year was 55% lower than in 2019, although if we compare it with 2020, we can see a favourable evolution, growing by 48%. On the other hand, in June 2020, 43,803 vehicles were moved as freight, which represents a decrease of -43% compared to 2019 and -7.83% compared to 2020.

The first half of the year continues on a positive path

With regard to the first half of the year, freight traffic amounted to 42.6 million which represents an increase of 13.05% compared to the same period in 2020, and 4% more than between January and June 2019. The quays of the ports managed by the Port Authority of Valencia handled a total of 2,830,826 TEUs during this time, 11.65% more than in 2020 and 3.34% more than in 2019.Of the total number of containers handled in the first half of the year, those destined for exports grew by 27% and those for imports by 16% while those in transit grew by 4.4% compared to the same period in 2020.

In reference to passenger traffic, the docks of Valenciaport transported a total of 166,113 people, 13% less than in 2020. This June, after 15 months of paralysation of activity, the Port of Valencia received the first cruise ship in transit with 857 passengers.

In this first half of 2021, goods traffic grew compared to 2020 in all the sectors analysed by the APV Statistical Bulletin. If we compare only export traffic, the construction materials sector was the most dynamic with 3,485,772 tonnes, which represents a growth of 45.42% compared to 2020 and 29% if we compare it with the period January-June 2020. This was followed by the agri-food industry, which moved 2,223,052 tonnes abroad, 32% more than in 2020, while vehicles and transport elements handled 2,010,073 tonnes, 22% more. Other outstanding sectors are other goods, whose traffic abroad grew by 24%, chemical products, which increased by 20%, and iron and steel products, which increased by 45% compared to 2020.