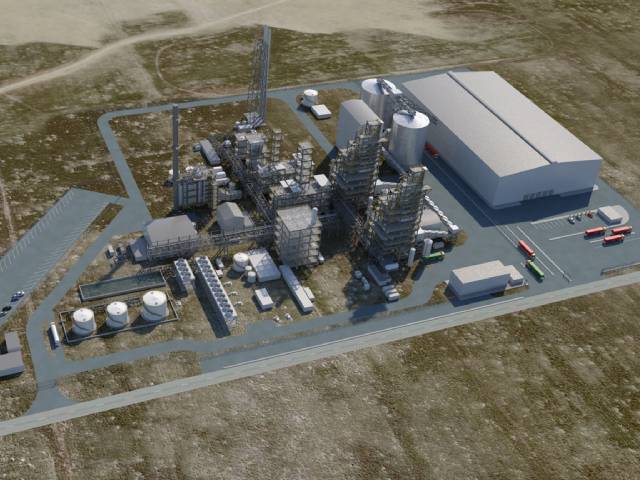 Partners repurpose the Rotterdam waste-to-chemicals project to waste-to-jet based on substantial targets and demand for Sustainable Aviation Fuel, expected support for Recycled Carbon Fuels and a full scope, ‘in-house’ technical solution to be provided by Enerkem and Shell.

As travel picks up in the wake of the pandemic, the hard-to-decarbonise aviation sector will return to producing its share of about 3% of total global GHG emissions . The production of Sustainable Aviation Fuel (SAF) is fundamental to reducing the aviation industry’s lifecycle carbon emissions by up to 80% compared to conventional fuel – allowing the world to fly, while emitting far less.

As new policy measures and ambitious CO2-targets are being introduced, demand for SAF is expected to increase substantially in the Netherlands and other EU Member States. New production pathways are therefore crucial to increase the supply of SAF; there are multiple technologies at various stages of maturity, and it is critical that we progress as many as possible as quickly as possible to meet growing demand.

With favourable support under Renewable Transport fuels regulations expected, the production of SAF from low-grade, post-recycling mixed waste has become an option.

In light of the above – and given the capacity for Enerkem, together with Shell, to provide an end-to-end technical solution for converting hard-to-recycle waste into jet fuel by combining Enerkem’s waste gasification technology and Shell’s Fischer-Tropsch technology – the partners in the project have decided to repurpose the current project to focus on SAF production. The project would process up to 360,000 tonnes per annum of recycling rejects and produce up to 80,000 tonnes of renewable products, of which around 75% could be SAF and the remainder used for road fuels or to feed circular chemicals production.”

The combination of Enerkem’s technology with Shell’s Fischer-Tropsch technology is an exciting and promising pathway. Enerkem’s platform creates ultra-clean syngas from waste. Shell’s Fischer-Tropsch technology can upgrade this syngas to sustainable aviation fuel. The Port of Rotterdam will also continue to be a partner as the realization of this kind of large scale circular facilities is an essential part of the Port Authority’s strategy. Air Liquide expressed to the Waste-to-Jet participants it is willing to participate in the project as a supplier of industrial gases.

Development of the revised project is underway and the partners – Enerkem, Shell and the Port of Rotterdam – are looking to submit a permit application for the revised project by the end of 2021.
If the final investment decision has been taken, construction of the project could take approximately 3 years with production starting in 2025 or 2026.