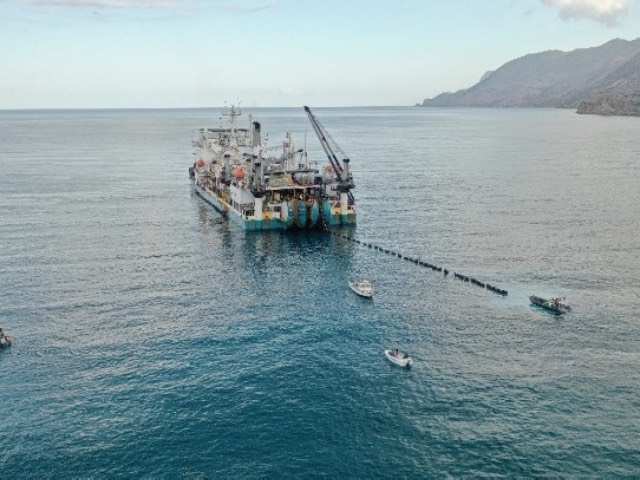 The completion of the electricity interconnection between the Peloponnese and the island of Crete sends a positive signal to both the Greek and international markets about the Independent Power Transmission System Operator ADMIE, said the company’s deputy chairman, Ioannis Margaris.
In statements to the Athens-Macedonian News Agency following the successful test electrification of all sections of the project, both on land and the subsea cable linking Crete to the mainland power grid, he noted that the Heraklion-Attica interconnection is to follow, which will end power production using the expensive and polluting power plants on the island.
Margaris said the project needed special equipment as it had broken a number of records. Apart from being the longest subsea AC interconnection in the world with a total length of 174 km, it was also the deepest at 1,000m, making it one of the most technically challenging projects of its kind worldwide.
The manufacture of cables and equipment for the Heraklion-Attica subsea link has already begun, he said, with the aim of completing the project within 2023. The estimated cost savings from power production are calculated to reach 400 million euros annually, helping to lower costs for consumers