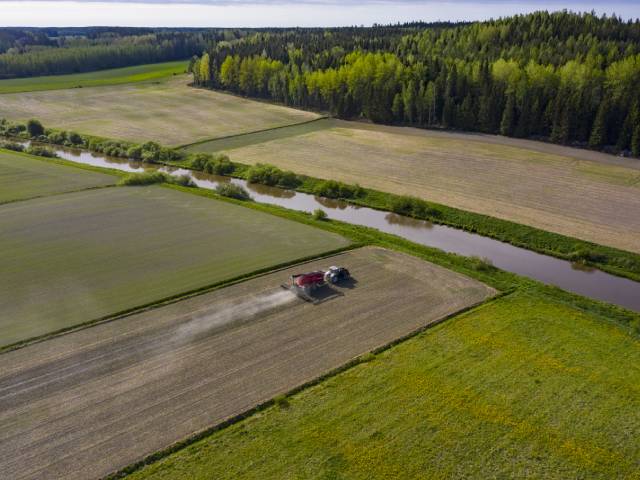 Klimatklivet has granted Gasum funds to build two new biogas plants in Skåne, in southernmost Sweden. The two new plants will be built by Gasum and run on local feedstock from the region. When up and running, the plants will increase biogas production in Skåne County by around 50%, creating value out of biodegradable materials in Sweden’s most heavily-farmed region.

Each plant will have the capacity to produce 120 GWh of biogas a year. Today, biogas production in Skåne is 416 GWh and the additional plants will increase production by around 50% percent, and significantly increase the availability of biogas in the south of Sweden.

Gasum will build and run the two plants with the cooperative farmers company Biogas Sydöstra Skåne AB (BSSAB), who will provide the local feedstock to produce the biogas. BSSAB investigated biogas production on a small scale in Skåne almost ten years ago, but with Gasum taking the initiative of facilitating and scaling up the project, biogas production in the area would reach new heights. The feedstock will mainly consist of locally obtained manure and other agricultural raw material, creating fuel that can be used to reduce climate impact.

“We are very excited about these plans. Both the important grant from Klimatklivet and the close cooperation with Biogas Sydöstra Skåne AB are key to increasing biogas production at this large scale. Increasing the supply of biogas and making it more readily available are an important climate statement. Biogas is a product of the circular economy at its finest and is made possible through cooperation and a desire to make a lasting change,” says Erik Woode, Director Project Development & Execution.

The two sites being considered for the construction of the two plants are Sjöbo and Tomelilla. As half of Sweden’s domestic food is produced in Skåne, there is also a steady supply of agricultural by-products, such as manure, that can be used to create biogas as part of the circular economy.

When used as a fuel, biogas based on manure as a feedstock can reduce a vehicle’s carbon dioxide emissions by more than 100% compared to conventional fossil fuels on the market today. Increasing biogas production in Sweden to an industrial scale will enable supply to keep up with the demand from companies looking for a fuel solution that dramatically reduces their carbon footprint.