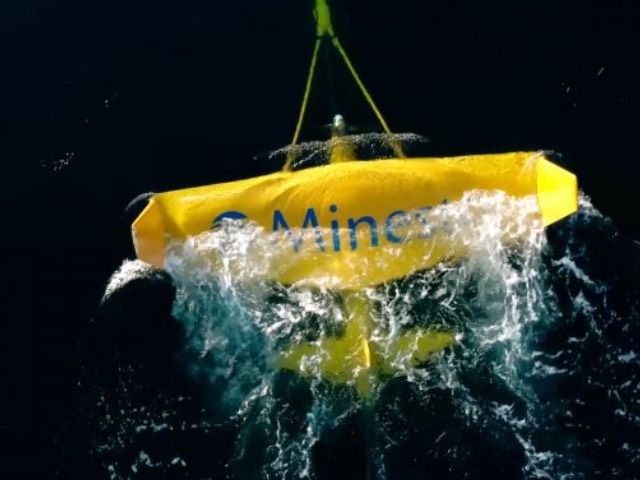 “The team is doing a great job in optimising the DG100 system’s performance. We have now completed a period in continuous operation mode where we have run the power plant in the full range of tidal speeds and surface conditions. It is very pleasing to state that we have reached new record levels in terms of power production performance. Peak electricity generation has been further increased, and average production over tidal cycles is well within expected levels. Finally, the quality of electricity delivered is grid-compliant with the utility company SEV’s standards”, said Dr Martin Edlund, CEO of Minesto.

“This provides further valuable technical data both for the ongoing third-party verification of electricity production and for the 1.2MW utility-scale system currently in development. It is also very valuable for the ongoing work with our large-scale business cases and their total output estimates.”

The DG100 system now performs the full operational cycle fully automatic, including start, stop, and slack water turns. It can be operated and monitored from both the on-site control room and through secure remote connections.

“The purpose of our operations in Vestmannasund has since the completion of commissioning and proof of performance been widened. We work on both yield optimisation and feeding crucial learnings into the ongoing scale-up to a 1.2 MW system. Moving ahead we will work with both DG100 systems in parallel to perform a wide range of production and optimisation runs”, said Martin Edlund.