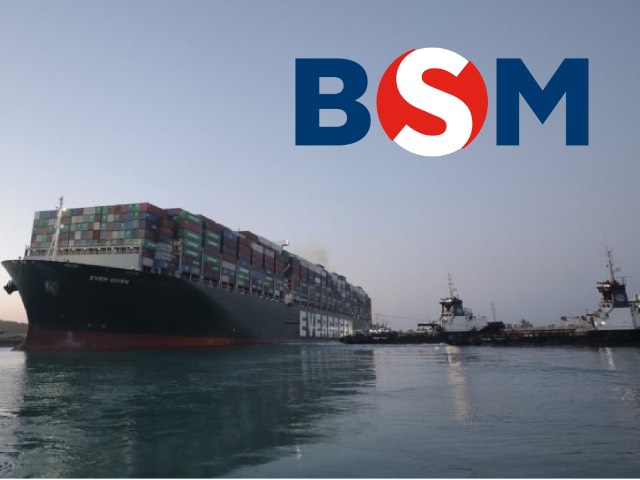 Bernhard Schulte Shipmanagement (BSM) as the technical managers of the containership EVER GIVEN (IMO: 9811000), can confirm that the vessel was safely re-floated at approximately 1500 local time on 29 March, 2021.

BSM extends its deepest gratitude to all parties involved in the emergency response, including the Suez Canal Authority, SMIT Salvage and the crew on board, who worked tirelessly to free the vessel and to restore navigability in the Suez Canal.

EVER GIVEN will now head to the Great Bitter Lake where she will undergo a full inspection.

On 23 March 2021, the container ship EVER GIVEN ran aground while transiting northbound under pilotage through the Suez Canal en route to Rotterdam, Netherlands. Initial investigations suggest the vessel grounded due to strong wind.

There have been no reports of pollution or cargo damage and initial investigations rule out any mechanical or engine failure as a cause of the grounding.

All relevant authorities and parties were informed immediately, and tugs arranged by the canal authorities to re-float the ship.

A crew of 25 Indian nationals remain aboard the vessel. They are safe, in good health, and have been working closely with all parties involved to re-float the vessel. Their hard work and tireless professionalism are greatly appreciated.