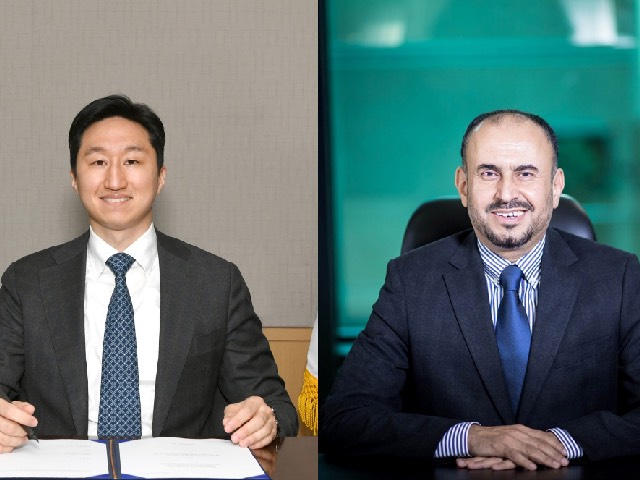 Through the agreement, the two parties are seeking an opportunity to find a cooperational model for eco-friendly hydrogen and ammonia, including joint research and development. Hyundai Oilbank, the oil refinery unit of HHIH, plans to cooperate with Saudi Aramco on the realization of a “carbon zero” process, and Korea Shipbuilding & Offshore Engineering (KSOE), the shipbuilding unit of HHIH, plans to develop the world’s first combined ship capable of carrying both liquefied petroleum gas (LPG) cargoes and captured carbon dioxide (CO2).

Under an MoU, Hyundai OilBank will import liquefied petroleum gas from Saudi Aramco which it will then convert into blue hydrogen. The hydrogen will be used at desulfurization facilities at Hyundai Oilbank refineries and be on the market for fuels of vehicles and power plants.

In particular, the process toward carbon zero achieved by supplying carbon dioxide generated during the hydrogen production process to Saudi Aramco. In addition, Hyundai Oilbank plans to establish a supply chain for the sale of hydrogen produced by opening up to 300 hydrogen charging stations by 2040 across South Korea.

It will also promote a business using ammonia, an eco-friendly fuel. Hyundai Oilbank plans to receive blue ammonia from Saudi Aramco and use it as fuel for liquefied natural gas (LNG) boilers scheduled to be established by 2024. If ammonia is used as a power plant fuel, carbon dioxide emissions will be significantly reduced which make the process more environmentally friendly.

The two parties will also strengthen cooperation in the shipbuilding business. KSOE will be the first shipbuilder to develop a ship that can carry both liquefied petroleum gas cargoes and captured carbon dioxide at once. The company is also pursuing the development of ammonia carriers and propulsion ships. Such technology development is expected to lead to new ship orders in the future when the hydrogen and ammonia businesses become full-fledged.

“This agreement is the first step in cooperation between the two parties toward the ‘Hydrogen Dream’” said Kisun Chung, Vice President & Head of Management Support Office at HHIH. He also added, “HHI Group, together with Saudi Aramco, is seeking a way to grow into a leading eco-friendly energy group by initiating projects for hydrogen and ammonia.”

Ahmad A. Al Sa’adi, Senior Vice-President of Technical Services at Saudi Aramco, said “Through this MoU, Saudi Aramco and HHI Group have built a strategic partnership to discover new and ambitious business opportunities in the field of blue hydrogen and blue ammonia, which are future energy fuels. This cooperation is expected to help reduce greenhouse gas emissions through carbon capturing process.”

An official of HHI Group said “Under the MoU between Aramco and HHIH, the two parties agreed to collaborate on joint research and development opportunities to demonstrate the use of eco-friendly hydrogen and ammonia. There is no commercial agreement at this stage.”

In its press release of 3rd March 2021, Hyundai Heavy Industries Holdings (HHIH) announced a non-binding MoU for a research and development opportunity, not a commercial agreement.

Aramco is exploring with HHIH collaboration on research and development opportunities in blue hydrogen and ammonia. Utilization and application in targeted markets in South Korea are also part of the collaboration; and there is no intention for any CO2 transportation.

A related aspect of the MoU is also to study other after treatment technologies for marine fuels.