MABUX World Bunker Index (consists of a range of prices for 380 HSFO, VLSFO and MGO Gasoil) in the main world hubs) demonstrated irregular changes on February 19: 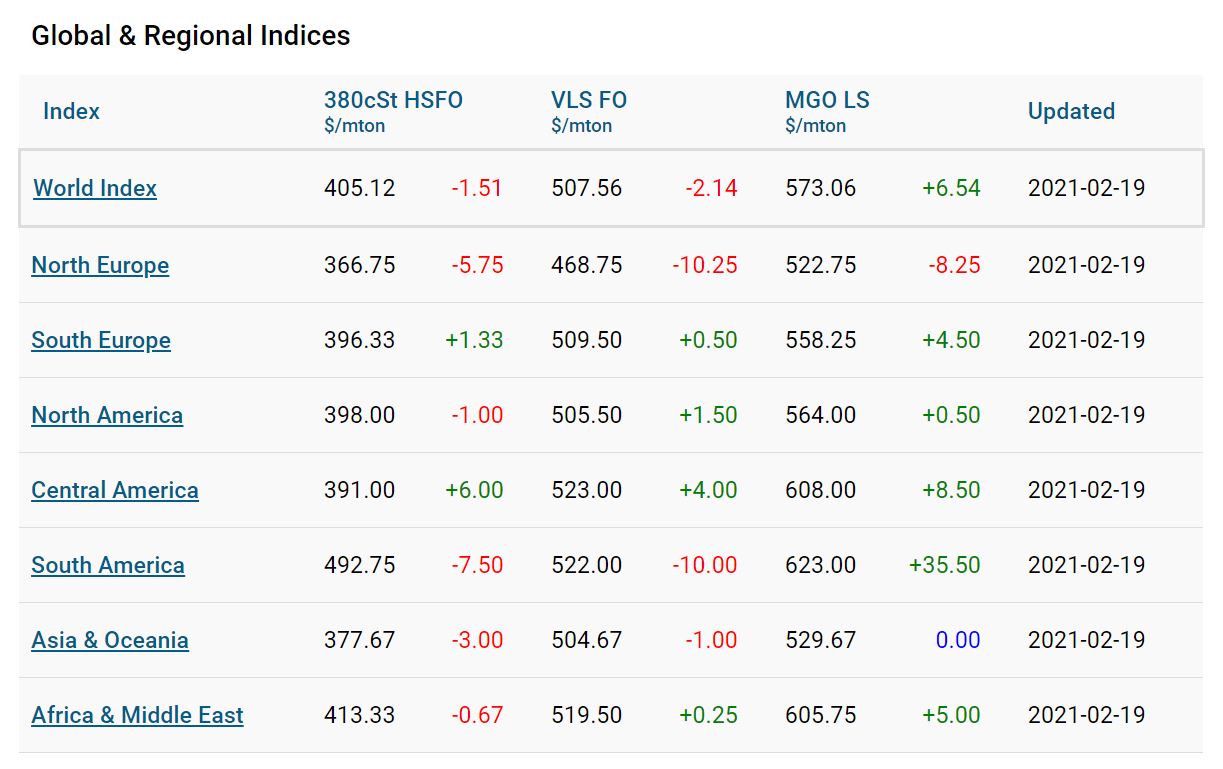 Brent for April settlement decreased by $1.02 to $62.91 a barrel on the London-based ICE Futures Europe exchange. West Texas Intermediate for March fell by $1.28 to $59.24 a barrel on the New York Mercantile Exchange. The Brent benchmark traded at the premium of $3.67 to WTI. Gasoil for March delivery lost $3.75.

U.S. oilfield crews will probably take several days to de-ice valves, restart systems and begin oil and gas output. U.S. Gulf Coast refiners are assessing damage and may take up to three weeks to restore most of their operations, though hampered by low water pressure, gas and power losses. Abnormally cold weather in Texas and the Plains states forced the shutdown of up to 4 million barrels per day (bpd) of crude production along with 21 billion cubic feet of natural gas output.

At the same time, U.S. energy firms last week cut the number of oil rigs operating for the first time since November as blistering cold and snow hit most of Texas, New Mexico and other big energy producing areas. According to Baker Hughes Co, The U.S. oil and gas rig count, an early indicator of future output, was unchanged at 397 in the week to February 19. Despite rising for six months in a row, that combined count is still 394 rigs (or 50%) below this time last year. U.S. oil rigs fell by one to 306 last week, while gas rigs rose by one to 91, their highest since April 2020.

Investment bank Goldman Sachs raised its forecast for Brent by $10, helping to boost the oil prices, with expectations for Brent to reach $70 by the second quarter and $75 in the third quarter.