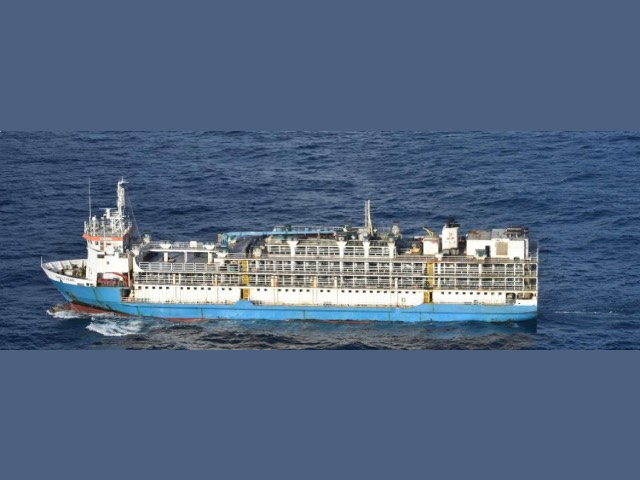 From 1 March to 31 August 2021, we will undertake a focused inspection campaign (FIC) on livestock ships departing Australian ports.
The purpose of the focused inspection campaign is to ascertain the level of compliance with the maintenance and repair requirements of International Conventions. It will also check the familiarity of the Master and officers to assess the stability of their ship in differing conditions.

AMSA has implemented this FIC as a result of recent incidents involving livestock ships in Australia.

On the 7th of January 2021, AMSA banned the Barkly Pearl from entering Australian ports for a period of 24 months due to substantiated concerns relating to the structural integrity of the ship, the potential threat of pollution to the marine environment and the immediate risk to the seafarer’s safety.

This banning illustrates that AMSA has a zero-tolerance approach to ships that are poorly maintained, and that the Australian community expects that any ship operating or travelling throughout our waters is seaworthy.

Australia has a reputation for enforcing some of the strictest safety standards in the world for livestock ships, so the arrival of Marshall Islands-flagged Barkly Pearl off Western Australia in November 2020 with a hole in its side raised some serious concerns for AMSA. Especially in the wake of the loss of the Gulf Livestock 1 in September 2020 off the Japanese coast.

Barkly Pearl was issued with a two-year ban from Australia and was removed from Australian waters on a heavy lift ship in January 2021.

“As a result, we decided to increase the intensity of our focus on ensuring that livestock ships are compliant with international conventions and the requirements of Australian law when they carry livestock from Australia,” Mr Schwartz said.

AMSA’s focused inspection campaign will target these issues from 1 March 2021 to 31 August 2021.

“We need to know if these were isolated incidents or indicative of more systemic issues with ship maintenance and stability,” Mr Schwartz said.

“This focused inspection campaign is on top of AMSA’s normal inspection and certification regime for foreign-flagged livestock ships. Under Australian law, we already require livestock ships operating from Australian ports to undergo pre-loading inspections, and be certified for carrying livestock.

“Livestock ships that export animals from Australia must comply with additional safety standards that were developed specifically by AMSA for these types of ships.

“Those standards are outlined under Marine Order 43 – Cargo and Cargo Handling (Livestock) and will also be a focus of this inspection campaign, in addition to maintenance and stability.”

Mr Schwartz said every livestock ship arriving in Australia during the six-month campaign would be targeted for inspection and the outcome of the campaign published in a report on AMSA’s website towards the end of the year.