MABUX World Bunker Index (consists of a range of prices for 380 HSFO, VLSFO and MGO Gasoil) in the main world hubs) decreased on January 22: 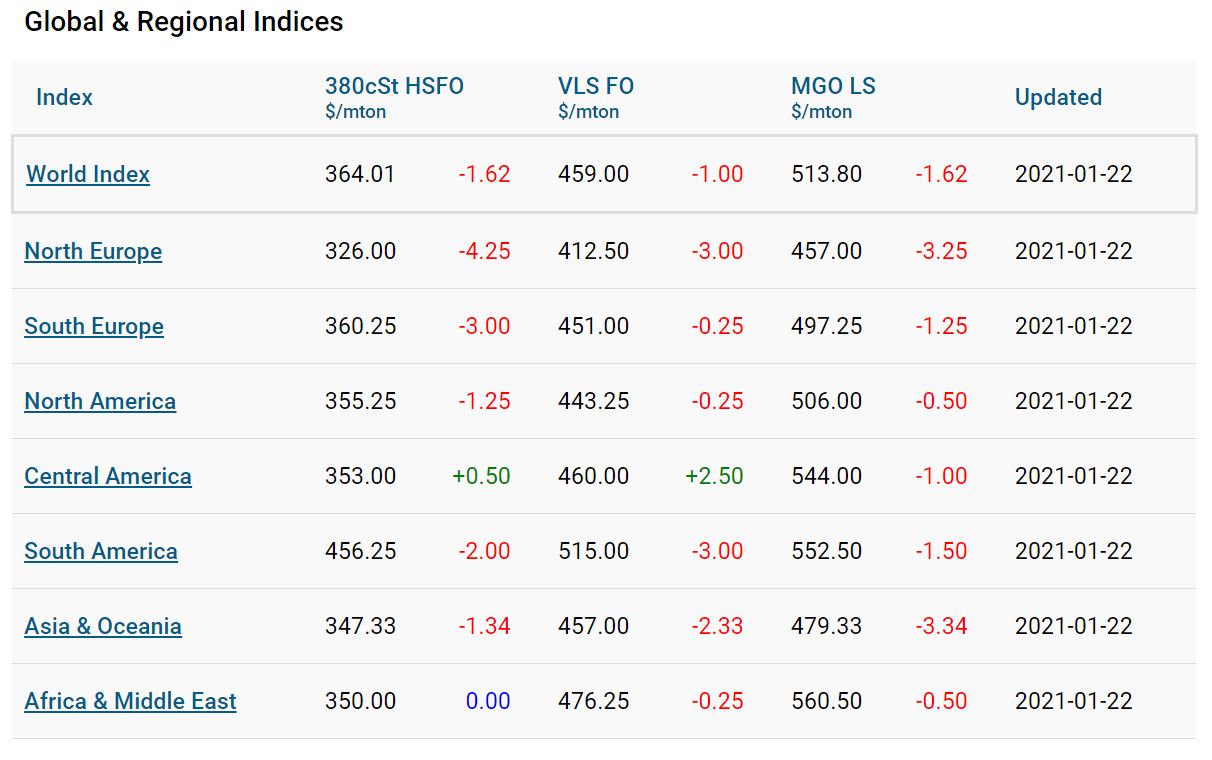 Correlation between the Market Bunker Price Index (MBP) vs MABUX Digital Bunker Price Index (DBP) in four major hubs on Jan.22 showed undercharging of 380 HSFO bunker grades in all ports except of Houston, where MBP is 100% correlating to DBP. VLSFO is overcharged in all hubs except of Rotterdam where it is undercharged only for 1USD. MGO LS remained undervalued in all ports except of Houston (+ 10 USD).

Meantime, world oil indexes demonstrated slight downward changes on Jan.22 weighed down by a build in U.S. crude inventories and worries that new pandemic restrictions in China will curb fuel demand in the country.

Brent for March settlement decreased by $0.69 to $55.41 a barrel on the London-based ICE Futures Europe exchange. West Texas Intermediate for March fell by $0.86 to $52.27 a barrel on the New York Mercantile Exchange. The Brent benchmark traded at the premium of $3.14 to WTI. Gasoil for February delivery lost $5.75.

The data from the U.S. Energy Information Administration showed a build of 4.351 million barrels in the week to Jan. 15. It was forecasted 1.167-million-barrel draw. At the same time, U.S. energy firms added more oil and natural gas rigs for a ninth consecutive week in the week to Jan. 22, but are still 52% below this time last year, according to data from Baker Hughes. U.S. oil rigs rose two to 289 last week, their highest since May, while gas rigs rose three to 88, their highest since April.

We expect bunker prices may demonstrate downward changes within 3-5 USD.