MABUX World Bunker Index (consists of a range of prices for 380 HSFO, VLSFO and MGO Gasoil) in the main world hubs) increased on Jan.20: 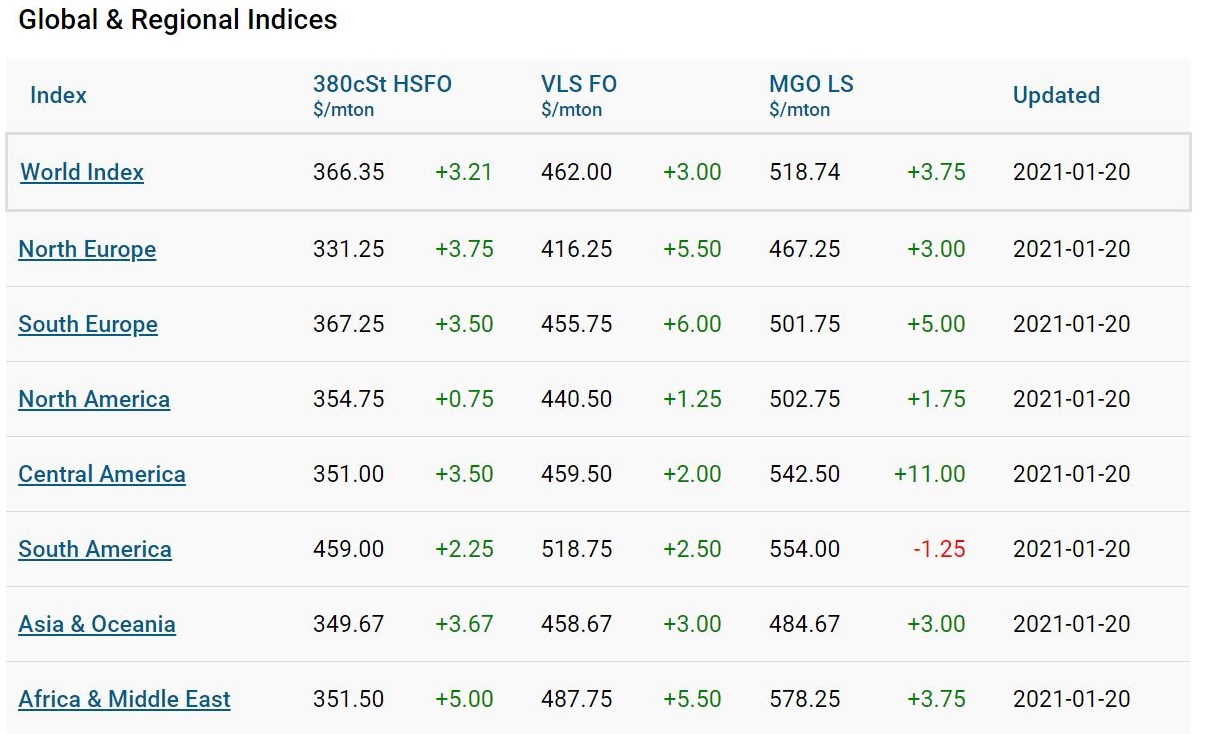 Correlation between the Market Bunker Price Index (BPI) vs MABUX Digital Bunker Price Index (DBP) in four major hubs on Jan.20 showed undercharging of 380 HSFO bunker grades in Singapore (-12 USD) and Rotterdam (-15 USD) and overcharging in Fujairah (+3 USD) and Houston (+7 USD). At the same time, VLSFO is overcharged in all four ports. MGO LS remained undervalued in all ports except of Houston (+ 9 USD).

Brent for March settlement increased by $0.18 to $56.08 a barrel on the London-based ICE Futures Europe exchange. West Texas Intermediate for March rose by $0.33 to $53.31 a barrel on the New York Mercantile Exchange. The Brent benchmark traded at the premium of $2.77 to WTI. Gasoil for February delivery added $0.25.

According to the American Petroleum Institute (API), U.S. crude oil inventories rose 2.6 million barrels last week. It was expected a draw of 1.2 million barrels. However gasoline stocks and distillate inventories, which include diesel, distillate and jet fuel, rose by less than was expected. The U.S. Energy Information Administration is due to release its weekly inventory report on Friday.

The Biden administration has committed to curb carbon emissions and among his first actions as a president, Biden announced America’s return to the Paris climate accord and revoked a permit for the Keystone XL oil pipeline project from Canada. 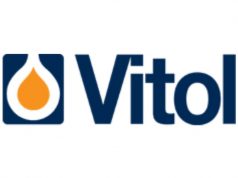