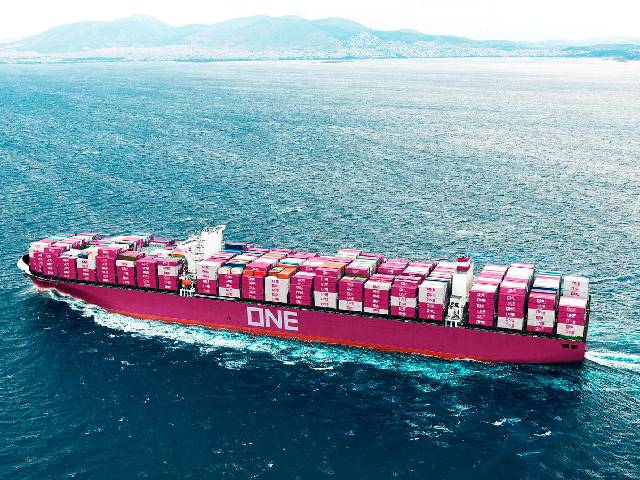 Singapore-based container shipowner Ocean Network Express has agreed to a 15-year charter for six of the largest container ships ever built at more than 24,000 twenty-foot equivalent units when the ships are delivered in 2023-2024, the company said Dec. 24.

ONE signed the letter of intent for a long-term charter with Shoei Kisen Kaisha, the shipowning arm of Imabari Shipbuilding, who will build the ships in consortium with Japan Marine United.

“This new class of ships will join our core fleet and forms part of our ongoing strategy to introduce large, modern, and fuel-efficient vessels to further strengthen our fleet competitiveness,” ONE said in a press release.

The newbuildings will be slightly larger than the current record-holder HMM Algeciras at 23,964 TEUs, which South Korea’s Daewoo Shipbuilding & Marine Engineering delivered to HMM in April. The trend in ordering Ultra-Large Container Ships continued last week when German shipowner Hapag-Lloyd signed an order for six new 23,500 TEU from Daewoo Shipbuilding.

Ultra-Large Container Ships are increasingly in demand under environmental regulations requiring lower sulfur-oxide emissions. The six new ships that ONE will charter will be equipped with exhaust gas scrubbers to meet regulations under IMO 2020 and will use state-of-the-art hull design to minimize fuel consumption, the company said.

ONE is a container shipping joint venture between Japanese shipowners NYK, MOL, and “K” Line, and is a member of THE Alliance.