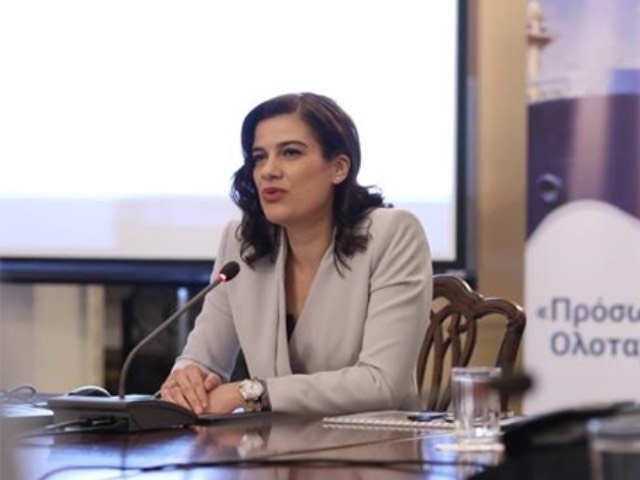 Minister of Energy Natasa Pilides said on Tuesday that the optimal utilization of hydrocarbons and the transition to clean energy are among the strategic goals of Cyprus.

In her speech, at the 8th Energy Symposium entitled `Time of truth for energy` the Minister of Energy said that the strategic goals include the optimal utilization of hydrocarbons in the Exclusive Economic Zone (EEZ) of the Republic of Cyprus, ensuring the energy supply of Cyprus, the transition to the clean energy on the basis of the objectives of the EU Green Agreement, the creation of a sustainable and competitive energy market and the utilization of domestic Renewable Energy Sources.

Regarding hydrocarbons, she said that in the EEZ of the Republic of Cyprus there are 9 licensed blocks, with 8 companies and 8 drillings already completed with 3 gas discoveries, noting that “we are moving to the next stage of drilling in the second half of 2021”.

In 2022, she said, the €289 million Terminal in Vasiliko will be ready, for the arrival of liquefied natural gas, for use initially in electricity generation. She said that this is another EU Common Interest Project, for which 101 million was secured by the Connecting Europe Facility.

She also spoke about regional cooperation and the East Mediterranean Gas Forum, saying that a ratification bill had been prepared and would be submitted to the Council of Ministers soon, regarding the Statute of the Forum, which was signed in September by the founding members (Cyprus, Egypt, Greece, Italy, Israel, Jordan , Palestine).

Regarding the prospects of natural gas, she said that there are estimates for high demand even with the accelerated energy transition and increase in LNG demand over the next 15 years, and added that the energy deposits will be exploited in the best way.

She also spoke about the challenges for the competitiveness of the Cyprus natural gas in the regional and international markets, such as the great depth of the discoveries, the small size of the Cypriot market, and noted that this is why efforts are focused on the transport gas to Egypt and from there to larger markets.

She noted that the transition to green energy is very important and said that the National Plan for Energy and Climate includes many actions such as policies and measures to increase energy efficiency and promote the use of renewable energy in businesses and households.

The Minister of Energy also referred to the EuroAsiaInterconnector, an EU project of Common Interest, which will connect the electricity systems of Israel, Cyprus and Greece, via submarine cable.

During the first part of the symposium, which was organized online, Michalis Michael, President of Cyprus Invest, said that attracting investment in renewable energy projects is a key pillar for promoting energy transformation that will contribute to sustainable development.  He added that natural gas and renewables, in combination with the advantages that Cyprus offers for the development of energy systems, place Cyprus in the center of interest of large investment organizations in the wider region.

Promotion of Cyprus Shipping in Hamburg