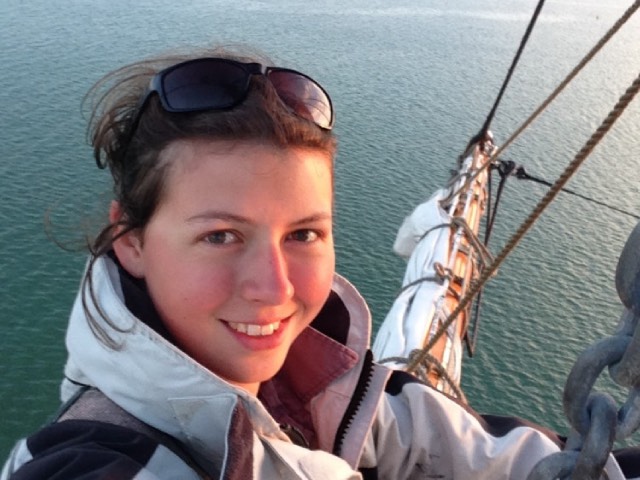 A woman from Douglas is making a name for herself in the Merchant Navy.

She has been announced as a winner at the 2020 Amazon everywoman in Transport and Logistics Awards. She won the Apprentice of the Year Award for excelling in transport and logistics.

Ms Coase is currently training to become a navigating officer in the Shell fleet.

Her passion for a Merchant Navy career began in 2013, when she volunteered for SV Stavros S Niarchos, participating in a leadership programme.

She joined Shell in 2017, sailing in the oil/chemical fleet and LNG fleet, under the leadership of various officers, and is now preparing to join the fleet as a qualified deck officer.

The awards celebrated 15 exceptional individuals working in the transport and logistics sector, championing their achievements and showcasing them as inspiring role models to the next generation of female talent.

A spokesman said the the winners encompassed a wide range of career experiences and journeys, revealing the breadth of opportunities available for women in an industry so often associated with men.

These individuals not only make positive contributions to the businesses for which they work, but also help community initiatives and ’pay it forward’ by supporting and mentoring young talent.

The Apprentice of the Year Award was sponsored by consultancy firm Mott Macdonald.

Business News spoke to Ms Coase. She said: ’Being nominated was a complete surprise. When I got asked to attend the finalist’s award evening (albeit virtually), I discovered I had been nominated by my manager.

’It is an honour to be recognised as apprentice of the year in the everywoman Transport and Logistics Awards.

’My family moved to the Isle of Man during my childhood where I attended Ballakermeen High School and then King William’s College. I thoroughly enjoyed the outdoor aspects of life on the island – particularly kayaking and climbing.’

Asked about her plans for the future she said: ’I hope to continue working for my current company for the foreseeable future whilst I build on my knowledge and experience to progress through the ranks.’

She was asked what life is like in the Merchant Navy and had it been her ambition to join?

She said: ’Varied. My role as a deck officer includes keeping navigation and cargo watches, participating in various shipboard operations and assisting with crew training.

’No, I was not really aware of the Merchant Navy as a career whilst at school.

’I was given the opportunity to sail with the Tall Ships Youth Trust on their ship at the time Stavros S Niarchos. I began volunteering with them regularly.

’It was the permanent crew there who inspired me to join the Merchant Navy.’

Her mother and father live in Douglas.

She and her sister ’enjoy going back regularly’.

Maxine Benson MBE, co-founder of everywoman, said: ’Never before has the value of the transport and logistics sector been so highlighted as in 2020, when we ceased to take our supply chains for granted.

’From those taking their first steps into the working world, to those women who have pioneered change and championed diversity throughout their long careers, our winners represent the outstanding talent that exists in the transport and logistics industry today.’