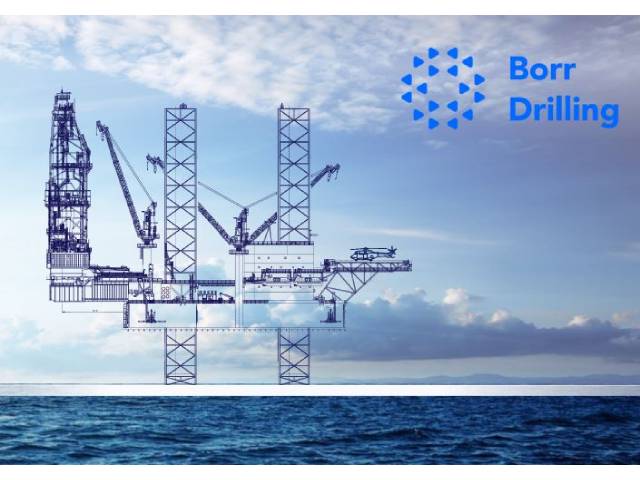 Highlights in the Third Quarter of 2020
•    Total operating revenues of $59.2 million, net loss of $61.9 million and Adjusted EBITDA  of $(10.1) million for the third quarter of 2020.
•    The combined Adjusted EBITDA of the four separate Mexican JVs that the Company has ownership in was $45.2 million in the third quarter of 2020, compared to Adjusted EBITDA in the second quarter of 2020 of $30.1 million, an increase of $15.1 million, or 50%, quarter on quarter.
•    In August 2020, Patrick Schorn was announced as the Company’s new Chief Executive Officer with effect from September 8, 2020, taking over for Svend Anton Maier
•    In September, the Company announced additional amendments to its loan agreements with its syndicate banks and Hayfin, that include extensions of debt maturities of $595 million until January 2023.
•    On September 30, 2020, the Company announced the pricing and allocation of an equity offering for 51,886,793 shares, each at a subscription price of $0.53 per share, raising gross proceeds of $27.5 million. The offering was settled October 5, 2020.

Subsequent events
•    On October 10, 2020, the Company announced the appointment of Christoph Bausch as its new Chief Financial Officer, replacing Francis Millet with effect from November 1, 2020.
•    The Company entered into agreements to sell its remaining cold stacked jack-up drilling rigs “Atla” and “Balder” to BW Energy for total sale proceeds of $14.5 million. $13 million was received at the time of issuing this report.
•    The previously announced sale of the standard jack-up drilling rig “Eir” was completed in October for total cash proceeds of $3 million.
•    In November 2020, the Company collected proceeds of $8.8 million from its Paragon litigation trust receivable.
•    On November 25, 2020 the Company announced the completion and allocation of a rights offering related to the equity offering in September, in which 10 million shares were sold to holders of Borr Drilling shares at $0.53 per share, raising gross proceeds of $5.3 million.

CEO, Patrick Schorn commented:
“In the third quarter we operated the lowest number of active rigs since the start of the COVID pandemic, which was the result of contract cancellations and suspensions caused by operators pushing out their anticipated work scope. This resulted in a sequential decrease in operating revenues of 30% to $59.2 million, and Adjusted EBITDA of $(10.1) million. Additionally, our third quarter results were negatively impacted by incremental costs directly related to Covid-19, amounting to $7.6 million and severance costs as a result of adjusting our headcount to the new market environment of $2.2 million. From this low point of seven active rigs, we rebounded and at the date of this report, we have 11 active rigs after successful contract start-ups in the North Sea and in Malaysia. Tendering activity and price negotiations remained at an elevated level during the COVID pandemic, however day rates are under pressure as a function of the lower industry utilization. The total number of contracted jack-up rigs at the end of the third quarter 2020 was 346, down by four quarter on quarter. Out of these, 242 were modern units and 104 standard units, showing that modern units are continuing to gain market share.

Managing liquidity continues to be a priority and apart from optimizing working capital, Borr Drilling was able, as the only company in the drilling contractor space, to raise equity twice this year, with the share price trading above the issue price in both transactions, confirming the support from our shareholders and the potential of Borr Drilling’s modern jack-up fleet.

The Mexico operating unit was the largest contributor to our quarterly results with five active rigs working for Pemex. We continue to be  pleased with the operational performance and the incremental production we delivered to PEMEX, as the wells drilled by our JV in Mexico made up a significant portion of the annual production increase reported by Pemex. As highlighted previously, during the quarter we have had several interactions with Pemex regarding collections and the need for more timely payments. Our meeting in August with the full top management of Pemex resulted in strong assurances and commitments about future payments. The situation improved substantially, but we have recently experienced a slowdown in payments from Pemex causing operational challenges.

Our focus for the next months will be to continually increase our active rig fleet as we have done during the third quarter. Our unique assets combined with a first-class workforce will continue to provide differentiation in the market. The integrated service projects in Mexico have confirmed that Borr is fully capable of adding value and that significant improvement in drilling efficiency can be achieved for the operator by converting traditional contract drilling to integrated services.

As reported earlier, significant efforts have been made during the quarter to strengthen the financial position of the Company and extend the liquidity runway. Specific discussions are taking place with each of the creditor groups. The desired outcome, once completed, will include contributions from all creditors, by either a reduction or deferral of cash interest and other related costs, an extension of maturities and a more flexible security package. Part of these negotiations is to restructure our corporate structure, allowing a better ringfencing of entities with corresponding liens or different creditor groups. This would enable the lower leveraged components of the envisioned corporate structure to attract additional capital, thereby strengthen the group’s overall liquidity and financial position. We are making good progress and we are hopeful to have this combined package of measures in place in the near future.” 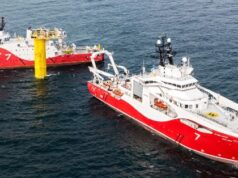 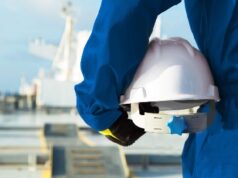 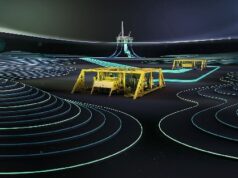