Cyprus Shipping News
Home World The Port of Valencia is consolidated as the Spanish port with the... 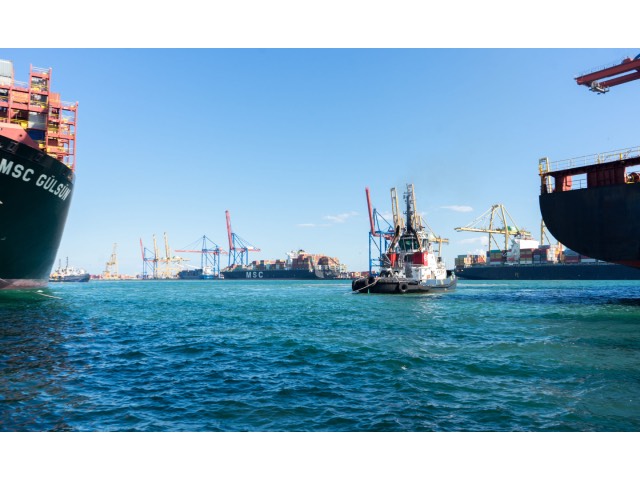 Valenciaport is the fourth best connected in Europe, according to the index prepared by the United Nations Conference on Trade and Development (UNCTAD)

The Port of Valencia rises a few tenths with respect to the previous quarter, reaffirming its 21st position in the world

Thus, with regard to the previous quarter, the Port of Valencia has improved its score by a few tenths of a point to reach 68.86. This index evaluates the connection of more than 900 container ports throughout the world and highlights the efficiency of the port installations to facilitate market access for companies in a more competitive and secure manner and in the shortest possible time, and highlights the importance of the ports and maritime traffic as vectors of wealth and development.

In the European sphere, the Port of Valencia consolidates the fourth position it reached in the second quarter of the year, surpassing the ports of Bremen, Le Havre or Piraeus. Rotterdam, Antwerp and Hamburg are in the first three positions on the European grid, while Le Havre is in fifth place, Bremerhaven sixth, Barcelona seventh, Algeciras eighth, Piraeus ninth and London Gateway tenth.

The world ranking is led by the main Asian ports, with Shanghai at the top of the world ranking followed by the ports of Singapore, Ningbo, Pusan and Hong Kong. The leading European ports are in seventh and eighth position respectively, Rotterdam and Antwerp, whilst Hamburg as the third European port is in 15th place (down by one). With respect to the Spanish ports, after Valencia, which continues in 21st position, are Barcelona (26th) and Algeciras (27th), which have lost two and four positions respectively. 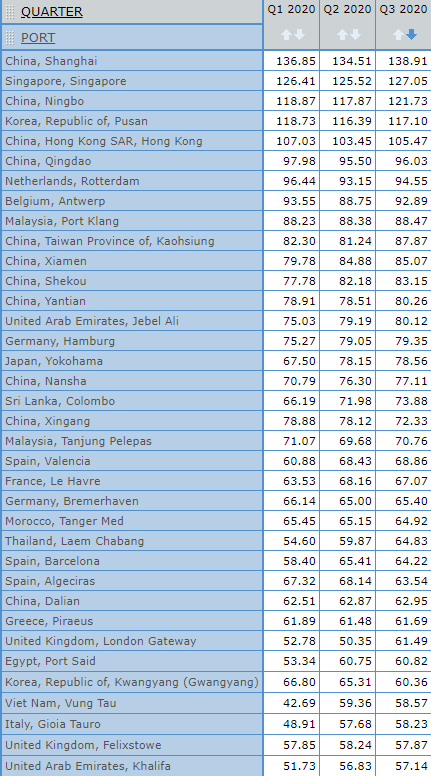 The Liner Shiping Connectivity Index uses different variables to calculate the connectivity of ports such as:

For Valenciaport, the connectivity index is an indicator of competitiveness that facilitates the commercial relations of the different agents that operate. In this sense, the Valencian port has maintained commercial connections with almost 1,000 ports in 168 different countries during 2019 (in total there are 194 countries in the world). Valenciaport was operated with 98 regular lines managed by 35 different shipping companies. From the point of view of goods, last year 225 goods operators (with traffic of more than 1,000 t) developed their activity in the port, of which 51 corresponded to shipping companies specialised in containerised goods.

Valenciaport, according to the latest economic impact report drawn up by the Polytechnic University of Valencia, generates a Gross Added Value of 2,500 million euros, almost 2.5% of the total for the Valencian Community and allows the creation of 40,000 jobs. 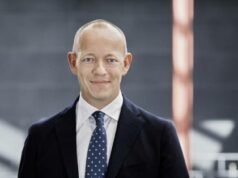 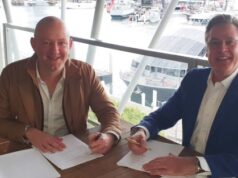