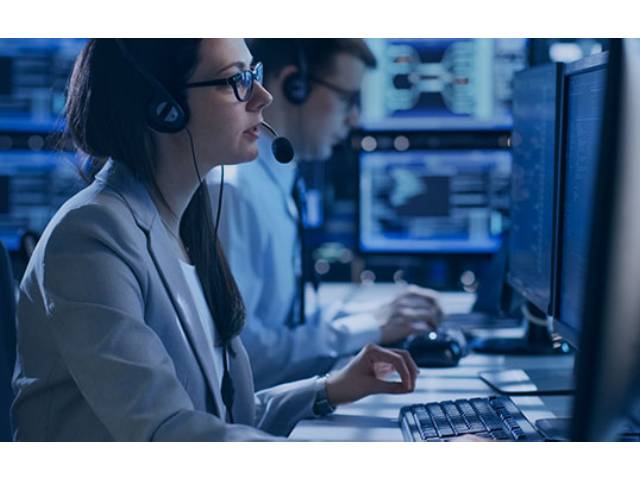 What is EUTELSAT QUANTUM?

EUTELSAT QUANTUM heralds a new era of commercial satellite service, where government organizations will be able to actively define and shape the performance and reach from a satellite, as needed.

It is the first commercial Ku-band satellite to have a fully flexible payload that can be remotely configured by software from a user’s premises. It can be controlled not only by Eutelsat, as the satellite operator, but also by the client, who can control their payload and implement operational scenarios according to their mission requirements.

What does EUTELSAT QUANTUM offer?

EUTELSAT QUANTUM’s flexible and responsive approach to satellite communications has a wide array of applications and functionality that organisations can take advantage of. Here are a few of the primary features a software-defined satellite, like EUTELSAT QUANTUM offers.

Service areas can be defined and modified in orbit, along with power allocation and frequency plans. This operational flexibility and agility is unparalleled in the world of commercial SATCOM (COMSATCOM) services.

Resources are automatically managed for each user, while taking into account other user configurations and any coordination constraints within the vicinity of the EUTELSAT QUANTUM satellite.

With EUTELSAT QUANTUM, users will have the possibility, via their dedicated, secure interface, to create mission-customized configurations for every use case. They can:

Sometimes, events occur that are unpredictable or out of anyone’s control. These events are incredibly common in terms of short-notice missions, emergencies and disaster recovery scenarios. Currently, this has caused concern for the reliability of inflexible communications. Should a satellite not offer the necessary reach, or encounter interference, it simply will not be able to adapt to circumstances as they arise.

With EUTELSAT QUANTUM, this challenge is a concern of the past. EUTELSAT QUANTUM can identify and adapt to situations that require communication streams to be flexible. With splittable, shapeable and steerable beams that can be dynamically configured to match the needs of any case, EUTELSAT QUANTUM is ideal for rapid mission implementation, including disaster recovery situations. In addition, it comes equipped with the latest encryption technology for the best in secure and reliable communications.

Sovereign satellites using military bands for SATCOM services (MILSATCOM) are operated and controlled by government organizations. Despite significant recent technological advances onboard satellites, their payload design has remained largely unchanged over the last few decades. When payload flexibility was required, it was usually implemented using conventional non-flexible equipment integrated in the transponder chain. This design philosophy resulted in payloads with weight, power and costs in direct correlation with the mission’s level of flexibility, resulting in a “flexibility penalty”.

By implementing a payload that can be fully controlled by software and onboard phased array antennas, EUTELSAT QUANTUM opens the door to a new generation of commercial satellites, offering users increased control and unprecedented flexibility for their missions.

For the first time, a universal satellite will be able to repeatedly respond and adjust to requirements sent from terrestrial sources. As noted above, this can dynamically adapt to situations, but organisations can directly control it to meet their needs. This unique capability has been made possible thanks to the EUTELSAT QUANTUM remote control system enabling users to become Virtual Satellite Operators (VSO).

Get ready for the QUANTUM difference.

EUTELSAT QUANTUM is set to transform what’s possible for satellite communications. As the first software-based, truly flexible universal satellite offering, it will be the benchmark that defines adaptable communication for the future.

EUTELSAT QUANTUM will launch by the end of 2020, and be located at 48° East. It will offer extensive coverage over EMEA and Central Asia regions.