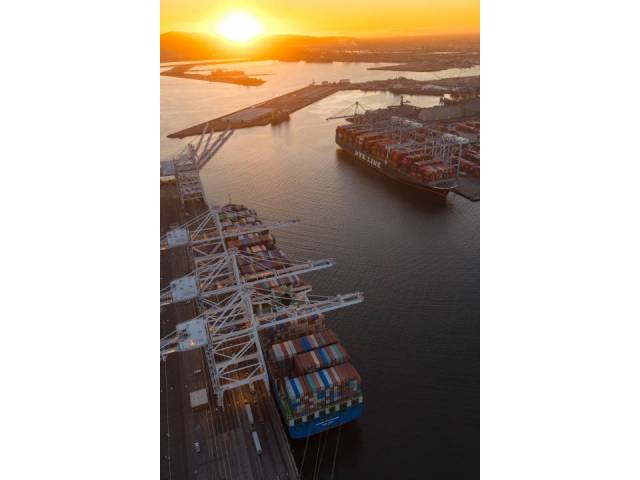 The Port of Long Beach accomplished a pair of records in September by achieving its busiest month ever and its most active quarter in its 109-year history.

Trade was up 12.5% in September compared to the same period in 2019. Dockworkers and terminal operators moved 795,580 cargo container units and broke the “best month” record set just two months ago. The previous single-month record of 753,081 twenty-foot equivalent units (TEUs), set in July 2020, was surpassed by nearly 42,500 TEUs.

“Large retail stores are reopening, merchants are stocking up for the winter holidays and the increased use of e-commerce appears to be an enduring trend picked up by consumers during the recent stay-at-home orders,” said Mario Cordero, Executive Director of the Port of Long Beach. “Still, we must move ahead with caution during the remaining months of 2020 because the national economy continues to be heavily impacted by the COVID-19 pandemic.”

“These numbers reflect a continuation of the secure, speedy and reliable service we provide at the Port of Long Beach during this difficult time in our country,” said Long Beach Harbor Commission President Frank Colonna. “Delivering top-notch customer service and maintaining the health of our workforce remain our top priority.”

Demand continues to increase for furniture, paint and office equipment as consumers make home improvements and work from home during the COVID-19 epidemic. Additionally, 92 containerships called at the Port in September, 19 of which were unscheduled vessel calls that made up for voyages canceled earlier this year.

And, dockworkers transferred a record number of cargo containers at the TTI terminal on Pier T, marking the most ship-to shore cargo moves logged at the Port of Long Beach in a single month.

The Port of Long Beach is one of the world’s premier seaports, a gateway for trans-Pacific trade and a trailblazer in goods movement and environmental stewardship. With 175 shipping lines connecting Long Beach to 217 seaports, the Port handles $170 billion in trade annually, supporting more than 575,000 Southern California jobs.