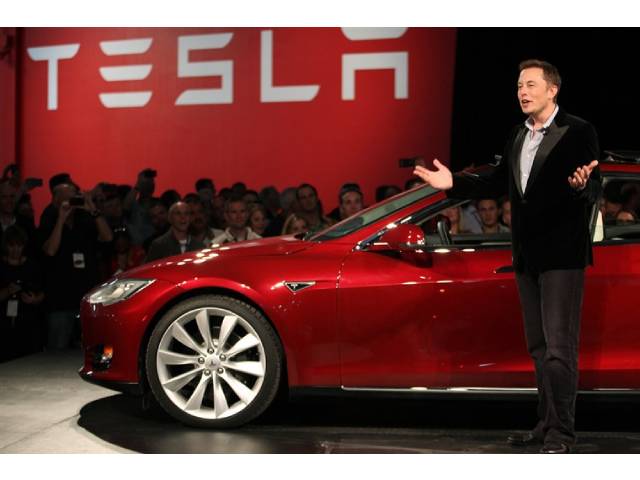 Tesla reported its fifth consecutive quarterly profit on record revenue of $8.8 billion, boosted by an uptick in vehicle deliveries and sales of environmental regulatory credits to other automakers.

The electric car maker also affirmed its target to deliver half a million vehicles by the end of this year, a goal that will require it to significantly ramp up vehicle sales in the fourth quarter. Shares were up 2.5% at $433.88 in extended trade as the carmaker beat analysts’ estimates.

Tesla said it had the capacity installed to produce and deliver 500,000 vehicles this year, but added that achieving its goal has become more difficult. “Achieving this target depends primarily on quarter over quarter increases in Model Y and Shanghai production,” the company said. Asked by an analyst during a conference call whether Tesla aimed to deliver 840,000 to 1 million vehicles next year, based on its factories’ current maximum capacity, Chief Executive Officer Elon Musk responded the target was “in that vicinity,” while another Tesla executive said the company would provide guidance next quarter.

Tesla has defied a downward trend in the wider auto industry in 2020 and bucked a pandemic and economic upheaval with steady sales and profitable quarters, sending shares up around 400% this year. At $394.5 billion, Tesla’s market capitalization has become the largest among all global automakers, despite the company trailing rivals in sales, revenue and profit. Tesla’s ascent highlights investor confidence in the future of electric vehicles and the company’s shift from niche carmaker to global leader in clean cars.

But Craig Irwin, an analyst with Roth Capital Partners, cautioned that Tesla’s lead could soon narrow. “The company is still valued incredibly richly, like it’s operating in a vacuum, yet competitors are working furiously to catch up,” he said, referring to more than 400 new electric vehicle models scheduled to hit the roads by 2024. General Motors Co on Wednesday revealed an electric version of its Hummer pickup truck that will compete with Tesla’s futuristic Cybertruck, which is scheduled to go into production next year.

Musk on Wednesday said Cybertruck orders will be delivered in 2022, or toward the end of 2021 the earliest.