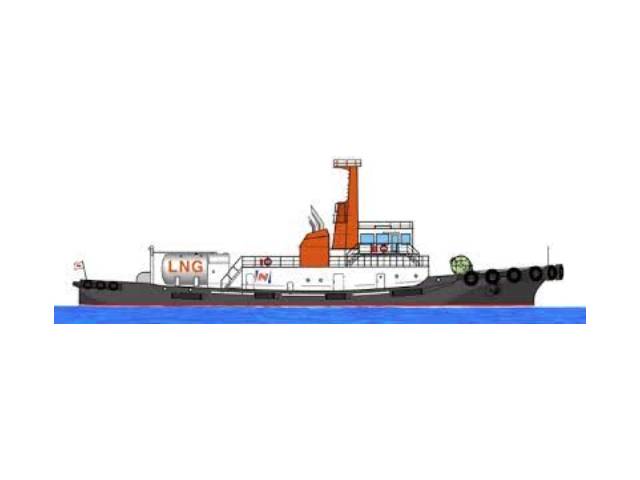 MOL announced that the LNG-fueled tugboat Ishin (Note), which is owned by MOL and operated by MOL Group company Nihon Tug-Boat Co., Ltd. (President: Tetsuro Nishio; Headquarters: Chuo-ku, Hyogo Prefecture), has won a “Ship of the Year 2019’ award in the Work Ship/Special Purpose Ship category. This marks the fourth consecutive year that one of the awards has been presented to an MOL vessel.

The Ship of the Year Award, now in its 30th year, is presented by The Japan Society of Naval Architects and Ocean Engineers (JASNAOE) to recognize the highest levels of technology, design, and social responsibility among vessels built in Japan. The first awards were presented 1990.

The Ishin earned high marks not only for its environmental performance, but also for its combination of power (pushing/towing), which is essential for a tugboat, as well as its high-speed navigation and swift maneuverability, which make it ideal for escorting large vessels. The tugboat also features a unique detachable LNG fuel tank.

MOL works on a group-wide scale to leverage its accumulated experiences and know-how in design of control system for LNG fuel provision and in planning process for LNG fuel supplying operations, obtained from shipbuilding and navigations. These knowledge and findings will be utilized for the series of LNG-fueled ferries slated to launch from the end of 2022 through the first half of 2023. It also continually introduces technologies that help to reduce the environmental impact of its operations.