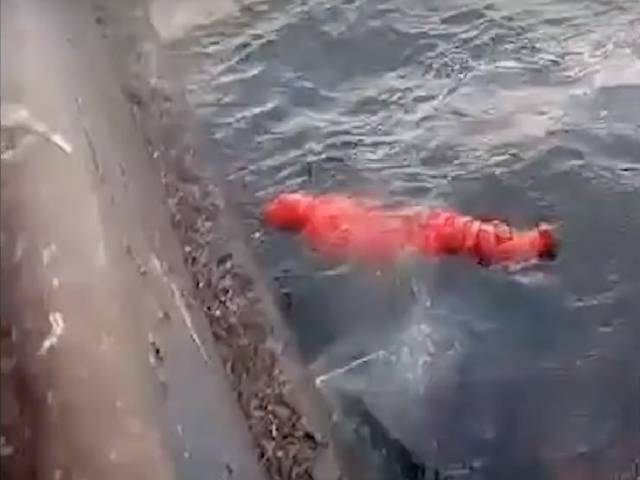 “Based on the information from the crews, the company has violated human rights.”

Increasing numbers of cases of human and labour rights abuse towards Indonesian fishers on foreign flagged vessels are coming to light. Most recently, international NGOs, including Human Rights at Sea, have been contacted with evidence highlighting the fishers’ plight, the poor working conditions in which they are forced to work and allegations of ill-treatment resulting in deaths at sea.

In May, video was released of the burial at sea of an Indonesian fisher highlighted by SCMP. Warning – disturbing images.

Following the video’s exposure, the Indonesian Foreign Minister, Retno Marsudi, attacked the actions of a Chinese fishing company as reported by AP in the SCMP:

“We condemn the inhuman treatment against our crew members working at the Chinese fishing company,” Marsudi said. “Based on the information from the crews, the company has violated human rights.”

The recent Japanese article published in The Tokyo & The Chunichi Shimbun newspaper (September 14, 2020) highlighted unacceptable treatment of Indonesian nationals. Sections of the article are highlighted below and which also links to a YouTube video onboard an unidentified fishing vessel. Warning – disturbing images.

Indonesian crew have died one after another on Chinese fishing boats. One of the victims reveals the real situation.

“月給300ドルの約束で…奴隷扱いと知らず”
The staffing agency promised me to pay …but I didn’t expect I would experience slavery.

“暴行と過重労働で死亡…遺体は海へ”
A colleague died of violence and excessive work…his dead body was thrown into the sea.

“Facebookに投稿した動画から政府が救出”
The Indonesian government noticed the video I had posted on Facebook and rescued us.

“冷凍庫から遺体…若者ら14人が死亡、３人が不明”
Even after that, an Indonesian fisherman’s body was found in a refrigerator on a Chinese fishing boat…14 men most of whom are young men are dead and 3 are missing in total.

Human Rights at Sea is increasingly working with NGO partners to further raise essential awareness of such horrific human rights abuses, and the unacceptable treatment of Indonesian fishers in distant water fleets.