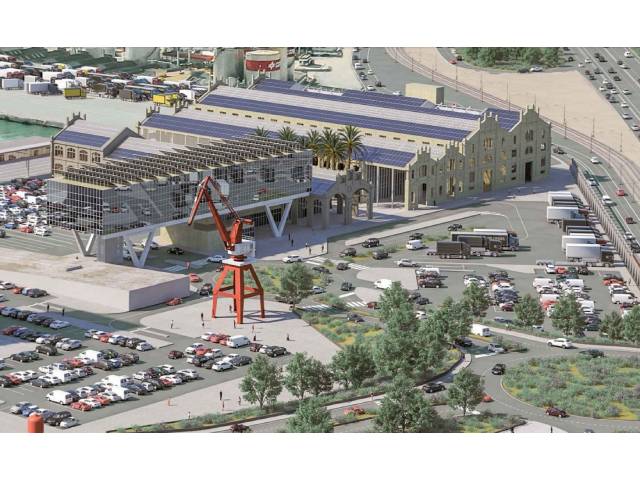 Mar Chao, Commercial and Business Development Director of the PAV participated in the presentation of the Environmental Practices and Technologies Report 2020 by CLIA

Sustainability, accessibility, security, proximity and digitalisation are some of the terms that define the new passenger terminal in the Port of Valencia, “facilities that are going to be a reference point for the cruise activity and the most important project for the next few years in the sector in our country”, explained Mar Chao, Commercial and Business Development Director of the Port Authority of Valencia (PAV).

Chao has participated in the presentation of the Environmental Practices and Technologies Report 2020 that has been elaborated by the International Association of Cruise Lines (CLIA) in which the progress that CLIA’s cruise lines have made towards the development and implementation of advanced technologies and practices to achieve lower emissions, greater efficiency and a cleaner environment and greater environmental sustainability is highlighted.

“This new terminal is in line with the PAV’s strategic objective of sustainability and respect for the environment, a commitment that has been assumed by the entire cruise sector”, said Mar Chao, who added that “this facility is a commitment to an important sector for the Valencia Region and its tourist projection, and also for the city of Valencia because of its commitment to proximity, especially for the Nazareth district”.

A terminal involved with the environment

The PAV has received a single offer for the construction and operation of the new public passenger terminal in the port of Valencia presented by Baleària, which will be located between the Muelle de Poniente and the Muelle del Espigón del Turia, in the area previously occupied by the Unión Naval de Valencia shipyard, and which has approximately 100,000 m2. The new terminal is destined to serve cruise ship traffic, regular lines with the Balearic Islands and Algeria as well as ro-ro traffic (platforms or vehicles that access the ships with their own means).

The new terminal will respect the four elements of the former Unión Naval de Levante shipyard that have been catalogued as pieces of historical and artistic value. It will be a historic and emblematic building of maritime Valencia that will continue to serve the city and the citizens – more than a hundred years after its construction – now, with the most modern environmental technologies.

According to the PAV’s specifications, Baleària’s proposal has an ambitious environmental plan that includes a commitment to adopt an ecological and sustainable management system, participation in the joint initiatives promoted by the PAV and an environmental impact assessment study. As established in the specifications, all the berths must be equipped with an electricity supply network for the ships at berth; and all the covers and roofs of the existing buildings must be designed for the installation of photovoltaic solar panels. The tenders also provide for a Corporate Social Responsibility (CSR) plan for the new public passenger terminal.

The CLIA report, which has been presented in different cities around the world, has highlighted the sector’s commitment to implementing practices to reduce emissions, obtain greater energy efficiency and environmental sustainability.  CLIA’s cruise lines were the first sector of the maritime industry to make their commitment to reduce the rate of carbon emissions by 40% in 2030 compared to 2008. As the 2020 report points out, CLIA’s cruise lines continue to work diligently to achieve ambitious goals and meet the growing demands for the protection of the planet in areas such as the use of LNG or exhaust gas cleaning systems.