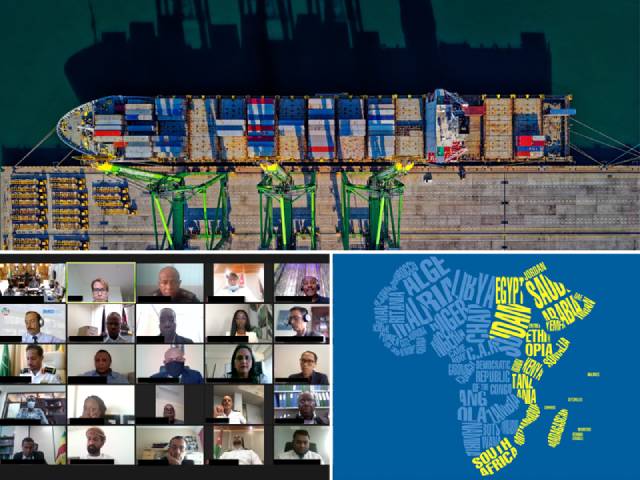 Forty-six participants from 18 countries* took part in a virtual meeting (26 August) to discuss the implementation of the Djibouti Code of Conduct (DCoC) amid the global pandemic. The meeting also assessed progress made at the operational level of the DCoC, and the development of its governance framework. The Djibouti Code of Conduct is a key tool in repressing piracy and armed robbery against ships in the western Indian Ocean and the Gulf of Aden. The event saw many proposals presented, such as the development of a regional informationsharing network, based on the existing national maritime information sharing centres in all the participating countries. Other propositions called for better coordination of capacity-building efforts, based on regional needs and priorities. IMO gave a presentation on the new EU funded port security project for the region and on the technical assistance available for the development of National Maritime Security Strategies. The meeting was opened by the newly appointed Director of the Saudi Border Guard and incoming Chairman of the DCoC Steering Committee, Major General Muhammed Abdullah AlShehri. *Comoros, Djibouti, Ethiopia, France, India, Jordan, Kenya, Madagascar, Mauritius, Maldives, Oman, Saudi Arabia, Seychelles, South Africa, United Republic of Tanzania, United Arab Emirates and Yemen.