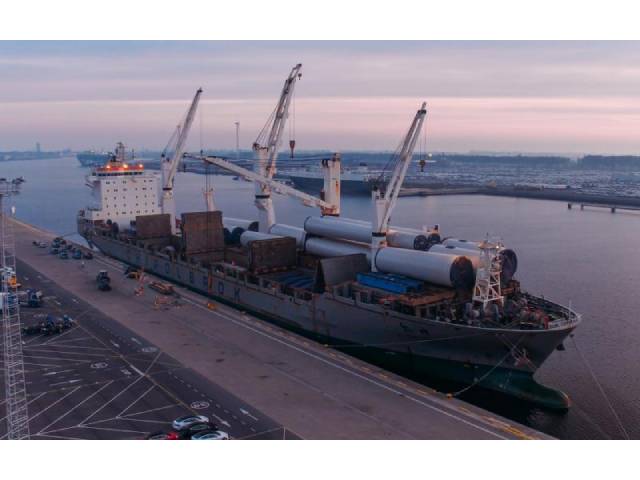 The wind-turbine project in Zeebrugge is taking shape as the first of eleven wind turbines got assembled on Friday the 21st of August. The parts of the eleven new wind turbines got transported to Zeebrugge by ship. These were unloaded on the International Car Operators (ICO) terminal  in just one day, which was the result of meticulous planning.

In total, the eleven wind turbines will produce 44 MW of energy that will be used by the terminal itself, the moored ships, and the local community. This project is the largest on-shore wind project on an industrial site exploited by one operator, and will create enough green energy to provide power to 30.000 households.

The investment of 55 million euros for this unique project was made by ICO Windpark, a joint venture by ICO, Engie and Port of Zeebrugge.