Cyprus Shipping News
Home World Up to 300,000 people are homeless so far in Beirut following the... 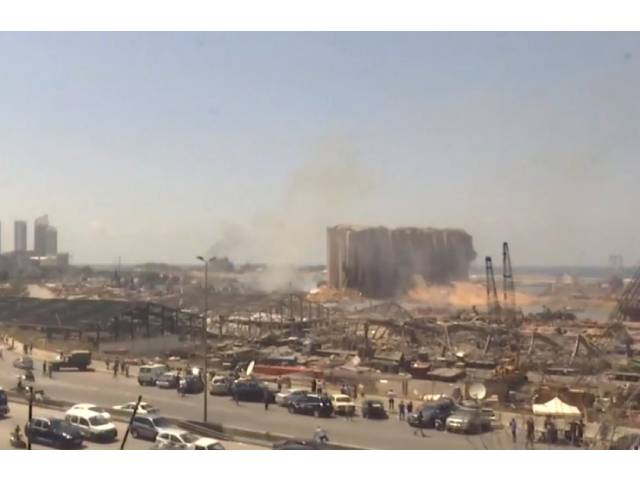 Thousands of people among them Cypriots were left homeless following the huge blast that rocked Beirut yesterday and Cyprus stands ready to assist, the island’s ambassador to Lebanon Panikos Kyriakou has said. The Embassy and the Ambassador’s Residence were destroyed by the explosion.

In particular, up to 300,000 people have been left without shelter in Beirut since the explosions rocked the port, the capital’s governor Marwan Aboud said, estimating that the cost of the damage would exceed $3 billion.

“I did a tour of Beirut, the damage could be between three and five billion dollars,” the governor told the French Agency, but clarified that he expects experts and engineers to be assessed.

Lebanon now has grain reserves for “a little less than a month” after the explosion at the Port of Beirut that destroyed the central silos, Economy Minister Raul Nerme told Reuters.

“We are looking for storage areas,” he said, adding that Lebanon needs reserves for at least three months to meet food security requirements.

The blast, the strongest ever in Beirut, turned the area into rubble, disabling the main port of entry for food imports for Lebanon’s six million inhabitants.

Beirut’s silos had a capacity of 120,000 tons of grain, according to Ahmed Tamer, director of the port of Tripoli, the country’s second-largest city.

The port of Tripoli, Lebanon’s second largest port, has no storage infrastructure, but grain stocks can be transported to warehouses 2 km from the port.
Before the explosion, Beirut’s silos contained only 15,000 tons of wheat, as some mills had unloaded shipments directly due to a delay in issuing credit letters for payment, Ahmed Hatit, the head of the grain importers’ association told al-Akhbar newspaper.

The existing quantities are sufficient to meet market needs for a month and a half, while four ships carrying 28,000 tonnes of grain have not docked, he explained.

Lebanese authorities are seeking to transport the four ships to Tripoli, an economy ministry official told the LBCI network.