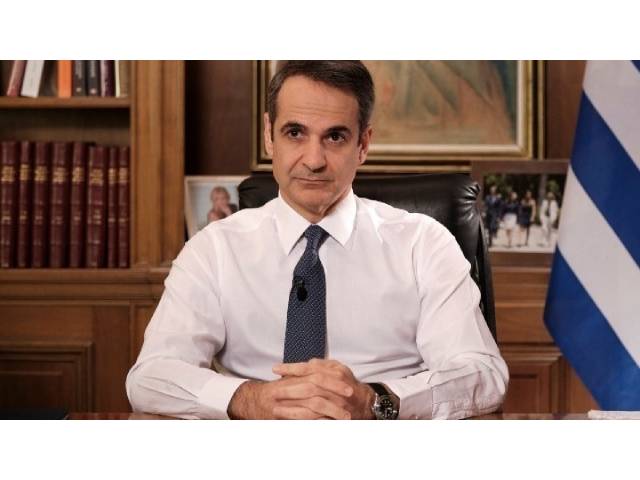 “Unfortunately, the sky of the entire region is being filled by more and more clouds of provocations by the same culprit,” Mitsotakis added.

“A series of aggressive actions are now being added to the illegal occupation of European territory, challenging the sovereign rights of Greece and the Republic of Cyprus. Acts that violate international law, landmines for stability and security in the Mediterranean. Also unhistorical decisions, insults to the global culture, such as the conversion of Hagia Sophia into a mosque. The anniversary of shame, instead of provoking a redemptive self-criticism in Turkey, finds it slipping further from legitimacy, Europe and the values of the 21st century. In the face of these events, Hellenism reacts with maturity and determination, with faith in justice and the resumption of a dialogue that will bring a lasting solution to the island…” the prime minister noted.